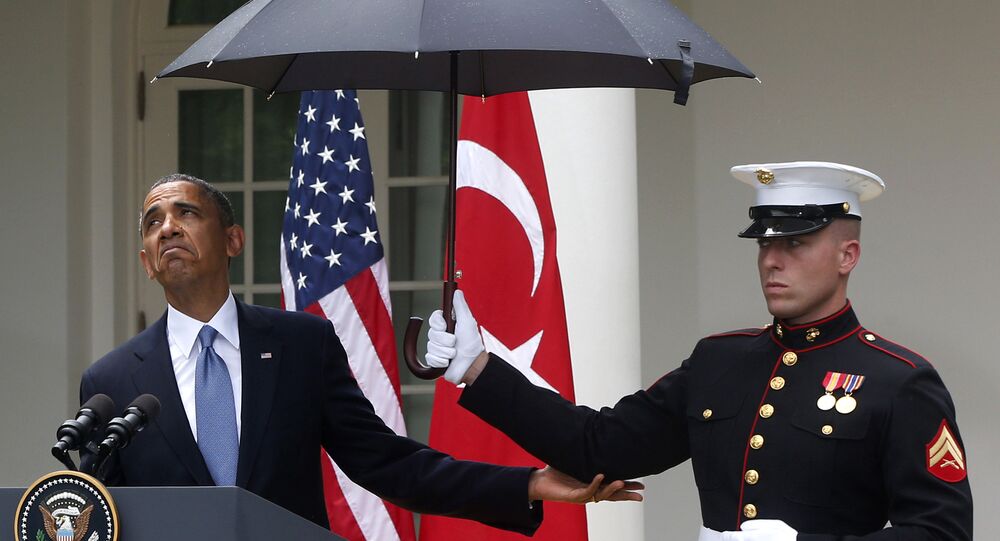 US Marines Allowed to Carry Umbrellas After 200-Year Ban

In former times, only female Marines had the ability to carry umbrellas during their time of service or when dressed in uniform, while male marines used to get "soaking wet" every time it rained during their training in the field or carrying out operations.

Commandant of the United States Marine Corps, David Berger, announced recently that all Marines are now allowed to carry umbrellas when it’s raining, ending a 200-year ban for the Marines to protect themselves from inclement weather while wearing service or dress uniform.

"Marines can carry an all-black, plan, standard or collapsible umbrella at their option during inclement weather with the service and dress uniforms", says a new All Marine Corps message expected to be published on Thursday evening, according to a report on the Task & Purpose military community website.

According to the website, female Marines are the only Marines allowed to hold umbrellas while wearing service or dress uniform, but under the condition they carry the umbrella in their left hand, so they can still salute.

The latest changes to uniform regulations come as part of a number of recent decisions made by the Marine Corps Uniform Board. It’s expected that female Marines will also have the ability to wear gold or silver ball earrings with their service and dress uniforms.

"The option to authorise the use of umbrellas when in uniform has been presented to previous commandants, however it has only recently been approved by Gen. Berger", Mary Boyt, the Uniform Board's programme manager, reportedly said.

Regardless of the recent changes to uniform regulations, Marines will still not be allowed to hold umbrellas while wearing camouflage, the website reported.

Although Army, Navy, and Air Force service members are allowed to use umbrellas under certain conditions, male Marines have been the only members who were forbidden to use umbrellas.

Return of ‘The Blob’: Marine Life Along US West Coast Endangered by Ocean Heat Wave