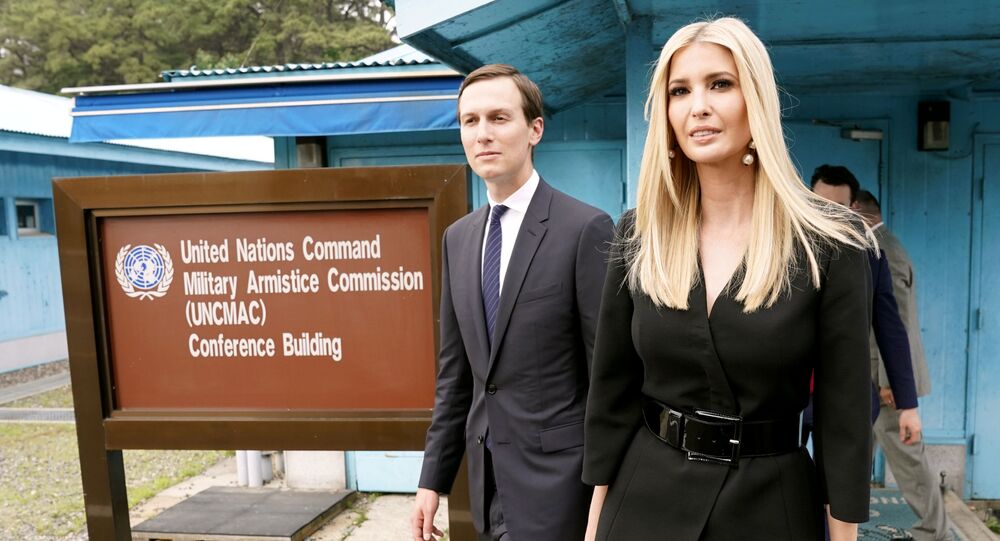 2020 Democratic presidential candidate Joe Biden’s son Hunter has been at the heart of a controversy since accusations of abuse of power by the US President emerged after a whistleblower complaint regarding a phone call between Donald Trump and Ukrainian President Zelensky in July sparked an impeachment inquiry from the House Democrats.

Former Vice President Joe Biden has insisted in a 60 Minutes interview that it was “simply improper” for US President Donald Trump to have installed his daughter Ivanka and son-in-law Jared in an official capacity in the White House, reports CBS News.

“The idea that you’re gonna have [to] go to the extent that he has gone to have our, you know his children, his son-in-law, et cetera, engaged in the day-to-day operation of things they know nothing about…It’s just simply improper, because you should make it clear to the American public that everything you’re doing is for them,” Biden said during the interview, which was held at the former vice president's home in Delaware.

Biden, who is seeking the Democratic Party presidential nomination for the 2020 election, was talking to the host Norah O'Donnell about the state of his presidential campaign, and made the comments when asked if Trump’s children have “acted properly and avoided conflicts of interests” since he entered the Oval Office.

In CBS footage released ahead of the interview, while initially claiming he was not “raised to go after children,” Biden proceeded to point out that “their actions” spoke for themselves.

“I can just tell you this, that if I’m president, get elected president, my children are not gonna have offices in the White House,” Biden said in the interview, to be aired Sunday, 27 October.

© AP Photo / Stefan Rousseau
Ivanka Trump and Jared Kushner look on as U.S President Donald Trump places a wreath on the Grave of the Unknown Warrior during a tour of Westminster Abbey in central London, Monday, June 3, 2019. Trump is on a three-day state visit to Britain

Donald Trump’s daughter Ivanka Trump and her husband Jared Kushner, both official White House advisers, have long been targets of intense criticism from both within the administration and from political foes.

While Ivanka has focused her efforts on economic policy and issues affecting women and families, Kushner's portfolio has included working on a Middle East peace plan, pushing prison reform, and drafting immigration policy. The Middle East peace plan is notable for being drafted entirely by Kushner and several other Orthodox Jews with no prior political or diplomatic experience.

Ivanka’s complete lack of diplomatic experience or training has been the butt of scathing criticism, as she is frequently included on foreign trips with President Trump.

Joe Biden’s criticism of the Trump family and implied “blurred lines between public service and self-enrichment” comes only one week after his own son, Hunter, admitted to “poor judgement” in taking a paid position in a Ukrainian gas company – but denied wrongdoing.

The former vice president's son was appointed to Burisma's board in 2014, while his father was leading policy on Ukraine during the Obama administration.

Hunter Biden, who has been at the centre of the impeachment inquiry launched by the House Democrats against Donald Trump, broke the silence over his business dealings in Ukraine and China.

Biden told ABC News on 22 October he had allowed himself to become involved in what he described as “a swamp”.

But he repeatedly denied ever discussing his foreign work with his father. He has also announced plans to step down from the board of a Chinese company he has a small stake in after claims his work in that country was facilitated by his father.

Trump and many of Hunter Biden’s other critics have argued that his last name opened doors for him. When asked as much during the ABC interview, he responded:

“I don’t think that there’s a lot of things that would have happened in my life if my last name wasn’t Biden.”

In late-September, Donald Trump found himself in the centre of a scandal as House Democrats launched an impeachment inquiry against him on 24 September, after a complaint was issued by a whistleblower who claimed that during a phone call between Trump and Ukrainian President Volodymyr Zelensky in July, Trump allegedly attempted to pressure Ukraine into investigating former Vice President Joe Biden and his son Hunter Biden.

Allegations of corruption against Joe Biden concern whether he intentionally had a Ukraine attorney general removed to prevent an investigation into his son and Burisma Holdings.

Trump denies any wrongdoing and has accused Democratic lawmakers of engaging in another "witch hunt" as they move forward on an impeachment inquiry on the matter.