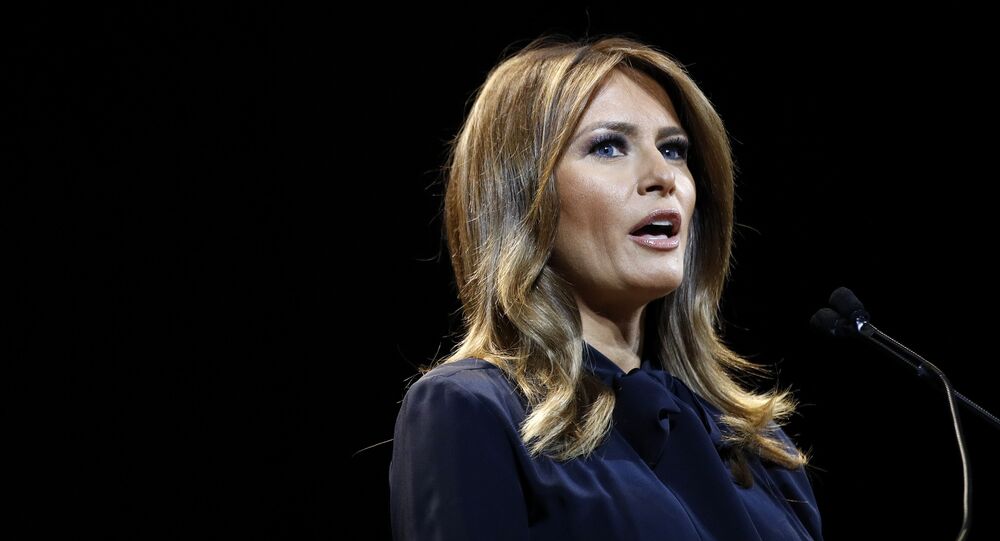 Melania Trump's visit to speak with lawmakers in the Capitol came as President Donald Trump faces a backlash from within his own party over his decisions on Syria and amid the House Democrats’ impeachment inquiry.

According to reporters covering the event, the First Lady seemed determined to dodge questions pertaining to the impeachment inquiry targeting her husband Donald Trump, which POTUS blasted as a “lynching” this week.

As she was departing, Melania Trump was asked by the assembled press how the impeachment inquiry was affecting her and her family, as she has not made a public comment yet.

FLOTUS did not respond to the question.

On 24 September, US House Democrats launched an impeachment probe against Donald Trump over a whistleblower complaint that alleged the US President might have abused his power by pressuring Ukrainian President Volodymyr Zelenskyy during a 25 July phone call into investigating Joe Biden and his son Hunter Biden for corruption.

Trump has denied all allegations of misconduct, releasing a transcript of the call, and lambasting the impeachment probe as another political “witch hunt”.

At the Capitol event Melania Trump emphatically underscoring the importance of the SUPPORT for Patients and Communities Act, signed into law by President Trump last October.

“We continue to make great strides in our fight to end this crisis,” she said in the Capitol’s Mansfield Room.

“I have traveled to some of the areas hardest hit by drug abuse and I have seen the devastating effects that this crisis has on families and children. This is why the SUPPORT Act is so important. It provides the necessary tools to fight this crisis,” said Melania Trump.

Today starts #RedRibbonWeek. There is no room for illegal drugs in our schools & communities. I encourage youth to take the pledge this week & choose to live #DrugFree. #BeBest pic.twitter.com/JXzCoKbaXL

Responding to the news, some fans took to social media to applaud the First Lady’s efforts to fight the opioid crisis:

It's great to know that instead of Drugs are children of the future do matter. Great work you are doing Melanie. We need you! Thank you . Blessings

Great program. Thank you for all you do and for all the foolishness you endure from the haters. You are a great First Lady and normal people throughout the Country love you.

Others pointed out it was hardly a solo trip for Melania Trump, who was accompanied by Kellyanne Conway, who serves as counselor to the President:

Doesn't look like a solo trip to me. @KellyannePolls is right there beside her.

Not solo, kellyAnne Conjob right there with her, puppeting her thru it

Others strongly felt that FLOTUs was sorely unqualified to deal with the issue of drug abuse:

What's her experience with street drugs??

Anyone else feel like she’s not really doing anything ever?

SUPPORT for Patients and Communities Act, also known as Substance Use–Disorder Prevention that Promotes Opioid Recovery and Treatment for Patients and Communities Act, is a US federal law, enacted during the 115th United States Congress, to make medical treatment for opioid addiction more widely available while also cracking down on illicit drugs.

President Trump, who signed the bill on 24 October, 2018, dubbed it the “single largest bill to combat the drug crisis in the history of our country.”

FLOTUS also encouraged others to participate in National Drug Takeback Day, on 26 October, noting that efforts to combat widespread drug addiction were in line with her “Be Best” campaign as first lady, focusing on child welfare.