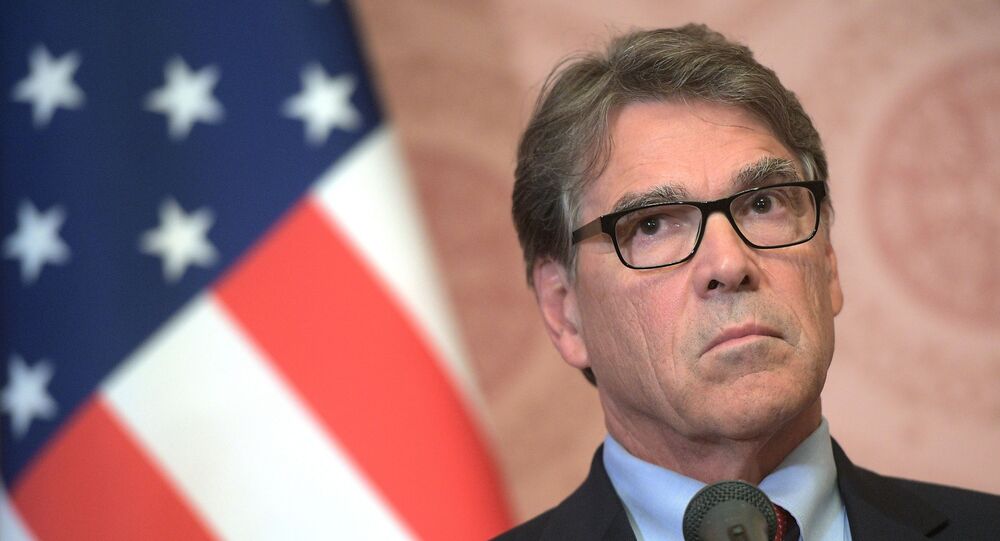 US Energy Secretary Rick Perry has notified US President Donald Trump that he intends to depart from his post, it was revealed on Thursday.

Bloomberg's senior White House reporter Jennifer Jacobs revealed on Twitter that Perry informed Trump of his decision in writing as POTUS was wheels up to Texas, where the president is expected to hold a rally in Dallas' American Airlines Center.

Later Thursday, Trump confirmed at a ribbon cutting ceremony for a Louis Vuitton workshop that Perry would continue acting as the energy secretary until the end of 2019, and that Trump will be nominating Perry's replacement "soon." Trump told eventgoers that he intends to announcement Perry's replacement at his Dallas rally in the coming hours.

As of late, Perry has been making headline news after it surfaced that he was the official who urged Trump to speak with Ukrainian President Volodymyr Zelenskyy in the now infamous July 25 call, which is at the center of the US House's ongoing impeachment inquiry. Earlier reports from Politico regarding Perry's looming resignation previously indicated that his position as secretary would be temporarily held by Deputy Energy Secretary Dan Brouillette.

However, it should be noted that Perry has previously rejected claims of his resignation made in the Politico piece. Most recently, Perry told eventgoers at a news conference in Vilnius, Lithuania, that he had no intention to depart from the Trump administration.

“No. I’m here, I’m serving," Perry said at the event. "They've been writing the story for at least nine months now. One of these days they will probably get it right, but it’s not today, it’s not tomorrow, it’s not next month."

Just one week ago, Perry one of the latest Trump administration officials to be hit with a subpoena by House Democrats. He has since noted that he will "follow the lead of my counsel" in regards to the subpoena.

Perry was nominated for the US Energy Department's secretary position in December 2016, and was later confirmed by the US Senate in March 2017. The former Texas governor previously threw his name as a presidential contender in both the 2012 and 2016 presidential elections.

Dancing With Stars to Watching US Nuclear Arsenal: A Rick Perry Story

US Senate Confirms Rick Perry as Next Energy Secretary