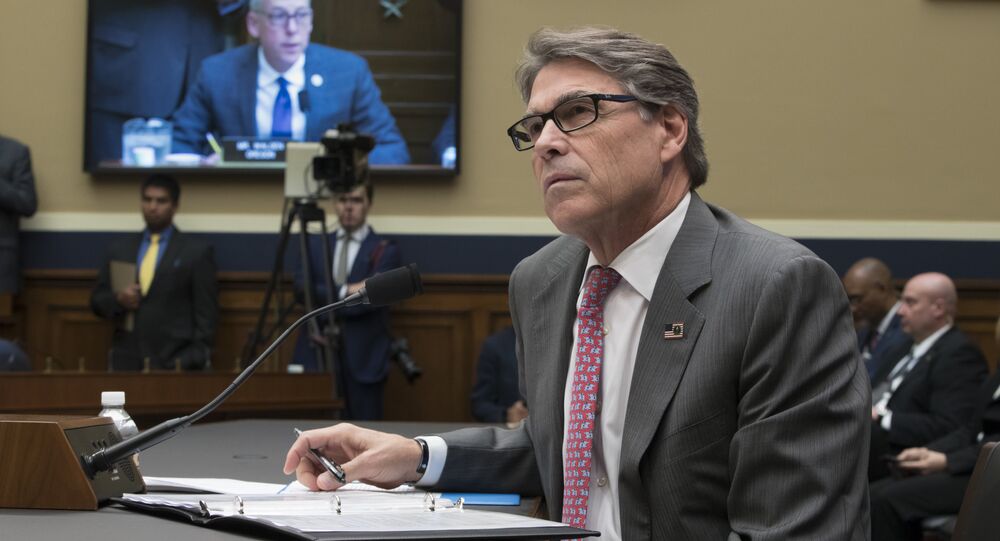 MOSCOW (Sputnik) - Rick Perry is expected to announce his resignation from the position of the US secretary of energy in November, media reported early on Friday.

Earlier in October, US Democratic lawmakers expressed their willingness to question Perry, who visited Ukraine several times and held negotiations with the country's top officials, within the framework of their impeachment inquiry, initiated over a whistleblower complaint about Trump's conversation with his Ukrainian counterpart, Volodymyr Zelensky.

Politico reported, citing its sources, that Perry's planned resignation was unrelated to the situation involving the US officials' Ukrainian contacts.