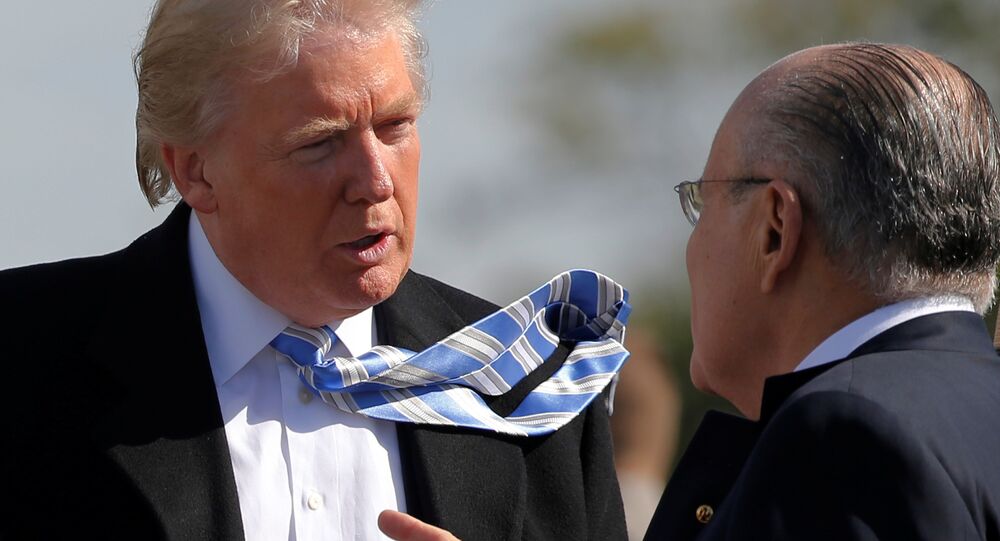 The US president's personal attorney, Rudolph Giuliani, is reported to now also be under investigation over allegations that he broke lobbying law in his dealings in Ukraine, The New York Times reported late on Friday, citing people familiar with the inquiry.

According to the media report, investigators are probing whether Giuliani attempted to undermine the then-American ambassador to Ukraine, Marie Yovanovitch. Yovanovitch was recalled earlier this year.

The investigation is also reportedly linked to the case of Giuliani's two assistants - Lev Parnas and Igor Fruman - who were arrested earlier this week in Washington, DC, on campaign finance-related charges as they attempted to board a flight out of the country carrying one-way tickets.

Giuliani denied any wrongdoing, but acknowledged, however, that he and his fixers worked with Ukrainian authorities to collect potentially damaging information about Yovanovitch and former US Vice President Joe Biden and Biden's son Hunter as well.

Former envoy Marie Yovanovitch testified to the House of Representatives that Trump pressured the US Department of State to fire her.

Yovanovitch’s appearance before Congress was part of the impeachment process against Trump currently ongoing in the House of Representatives.

House Democrats launched an impeachment inquiry into Trump’s 25 July telephone conversation with Ukraine President Volodymyr Zelensky based on a whistleblower complaint that Trump had solicited in a quid pro quo talk to assist in derailing the campaign of Democratic presidential candidate Joe Biden.

The White House declassified what they claim is an unredacted transcript of the phone conversation, which does not contain signs that the US president overtly threatened to withhold financial assistance to Ukraine.

US Envoy to EU to Testify in Ukraine Impeachment Probe - Lawyers