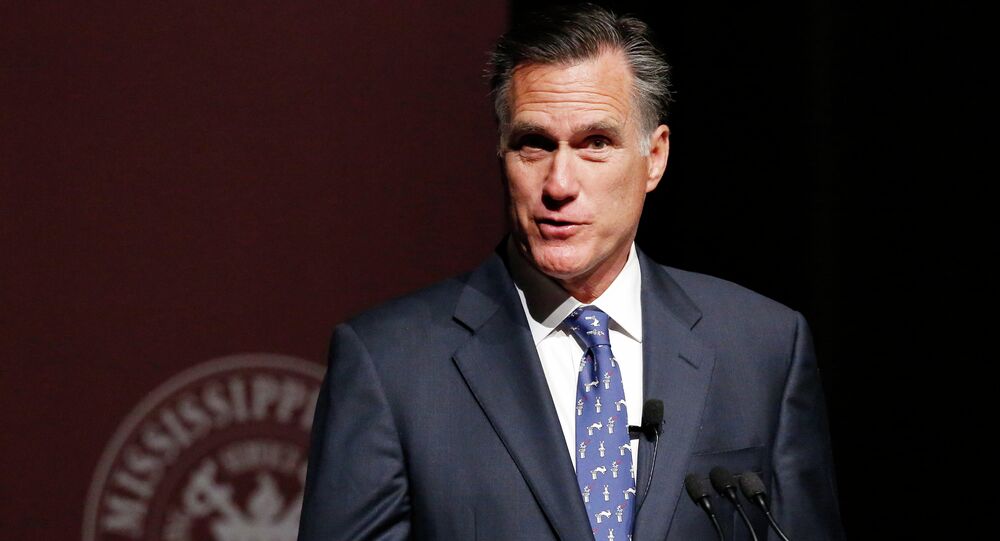 On Thursday, US President Donald Trump urged Beijing to launch an investigation into former Vice President Joe Biden and his son Hunter, following the ex-VP’s alleged involvement in the sacking of Ukraine’s general prosecutor back in 2016.

US Senator and former Republican presidential candidate Mitt Romney said that it was “wrong and appalling” for US President Donald Trump to appeal to China and Ukraine to investigate Joe Biden’s involvement in the dismissal of the Ukrainian general prosecutor who was investigating alleged illegal activities of Burisma company linked to Biden’s son Hunter back in 2016.

"When the only American citizen President Trump singles out for China's investigation is his political opponent in the midst of the Democratic nomination process, it strains credulity to suggest that it is anything other than politically motivated", Romney said in a tweet on Friday. "By all appearances, the president’s brazen and unprecedented appeal to China and to Ukraine to investigate Joe Biden is wrong and appalling".

By all appearances, the President’s brazen and unprecedented appeal to China and to Ukraine to investigate Joe Biden is wrong and appalling.

The comments came following Donald Trump’s Thursday call urging Beijing to probe any corrupt business dealings that Democratic presidential candidate Joe Biden could potentially have been involved with. However, the US president also admitted that the request was a separate development and would not in any way influence the US-China trade negotiations.

"One thing has nothing to do with the other", Donald Trump said when asked whether he would be more likely to make a deal with China if it agreed to investigate Biden. "I want to do a trade deal with China, but only if it's good for our country".

Donald Trump is currently facing an impeachment inquiry brought against him by House Speaker Nancy Pelosi following his 25 July call with Ukrainian President Volodymyr Zelensky, during which the two presidents discussed the interrupted investigation into Burisma, where former Vice President Joe Biden’s son Hunter was sitting as a member of the board of directors.

Joe Biden admitted in 2016 that he had played an important role in threatening the Ukrainian authorities with freezing $1 billion in US loan guarantees if Kiev did not fire Viktor Shokin, the general prosecutor who launched a probe against Burisma in 2016.

On Friday, Ukrainian Prosecutor General Ruslan Riaboshapka, who assumed his post on 29 August, stated that prosecutors would review the interrupted case of Burisma Holdings, which could potentially be linked to around 15 other criminal cases.