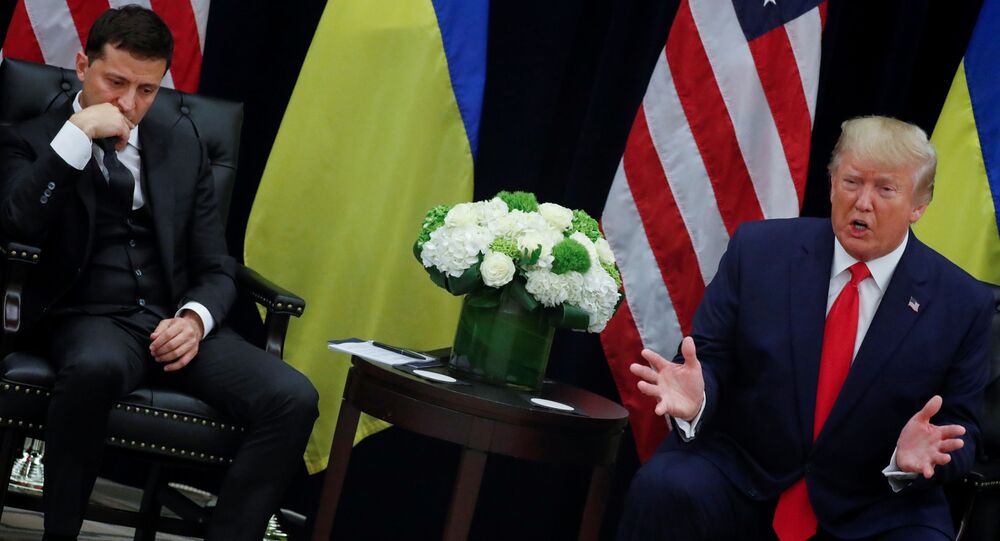 US President Donald Trump has for over a week been embroiled in a political scandal after a US government whistleblower claimed the president during a July phone call pressured Ukraine's president to look into the business affairs of former US Vice President Joe Biden's son in Ukraine.

McConnell reportedly explained that the release of the transcript would reinforce Trump’s claim that nothing improper happened during the phone call in July, as speculation about the call has resulted in a likely impeachment hearing, according to the Media report.

Trump denied the allegations, declaring that Democrats are engaging in a "political witch hunt" to try to reverse the outcome of the 2016 presidential election.

Following McConnell's advice, the US president allowed the release of the unredacted transcript of his conversation with Ukrainian President Volodymyr Zelensky.

The transcript revealed that Trump asked Zelensky to work with the former's personal lawyer and the US attorney general to "look into" Joe Biden, who admitted publicly in 2016 of having threatened Ukraine authorities with withholding $1 billion in US loan guarantees if Kiev did not fire the prosecutor who had been investigating a Ukrainian gas company linked to his son, Hunter.

The transcript did not, however, contain signs that the US president overtly threatened to withhold financial assistance to Ukraine if Zelensky did not do him this favor, but Democrats accuse Trump of using his power to request evidence against a potential competitor in the next presidential race.

As President Trump Promised, The Transcript Was Released

Kremlin Hopes Putin-Trump Talks Transcripts Will Not Be Released