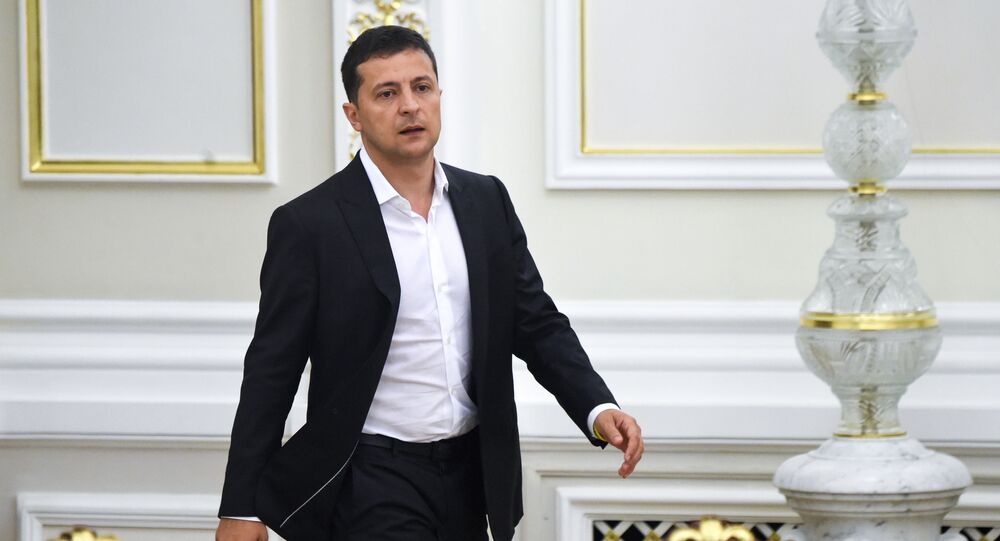 UNITED NATIONS (Sputnik) - Ukraine will be a much more honest country with its new leader Volodymyr Zelensky, US President Donald Trump said on Monday.

"I think with the new president you are going to see much more honesty in Ukraine", Trump told reporters at the United Nations headquarters in New York.

One of the reasons Zelensky won Ukraine’s presidential election, Trump added, was due to his vow to stop corruption.

On Friday, US media reported that Trump urged Zelensky several times during a July phone call to cooperate with a corruption probe into former US Vice President Joe Biden’s son Hunter and his business dealings with a Ukraine gas company.

Biden in 2016 threatened to withhold $1 billion in US loan guarantees if Kiev did not remove the prosecutor who had been investigating his son.

On Sunday, Trump admitted discussing the Biden corruption probe with Zelensky, but said that he had a "perfect phone call".

The US and Ukrainian leaders are expected to have a meeting on the sidelines of the United Nations General Assembly on 25 September.

If Ukraine Connection With Trump Is True, Could This Be The Real "Russiagate"?