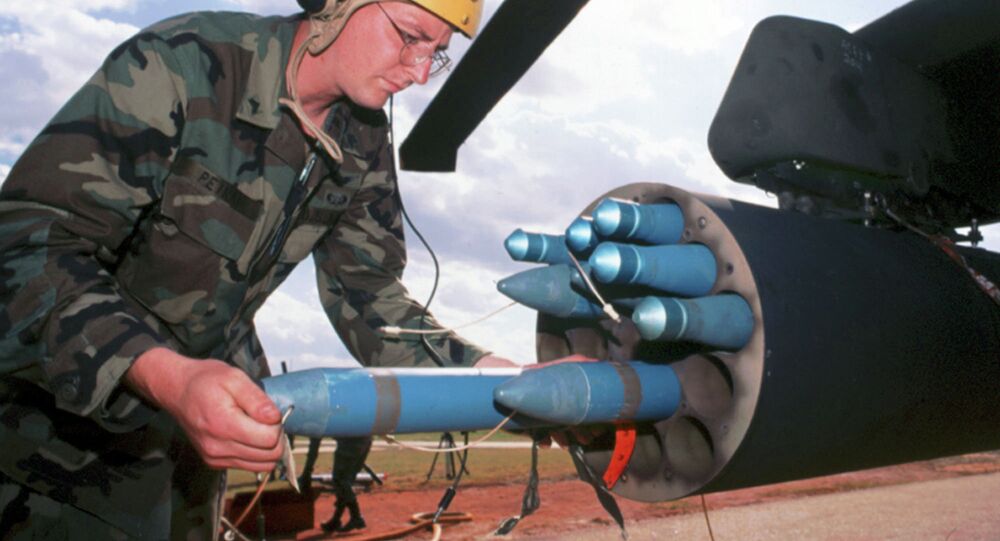 The US Air Force has opened an investigation into why more than a dozen Hydra 70 white phosphorus rockets were spotted splayed across an Arizona road last month. The news comes just days after an Air Force A-10 “Warthog” accidentally fired the same type of rocket during a training exercise at the base.

The incident first came to the attention of leadership at Davis-Monthan Air Force Base in Tucson, Arizona, after a popular Air Force meme-sharing Facebook page posted a fan-submitted image of the rockets laying on a Tucson road on August 16.

The rockets seem to have fallen off the truck stopped on the right side of the image. The photographer noted this was the second time such a thing has happened this year. However, most of the comments on the Facebook post seem light-hearted, ribbing the person responsible about the safety lectures they’re bound to receive from superiors.

Task & Purpose noted the munitions are Hydra 70 2.75-inch air-to-ground rockets, flagged with the telltale seafoam green tips of M156 and M259 white phosphorus warheads. The weapons are typically used to create smokescreens, as phosphorus spontaneously ignites upon contact with air. Using white phosphorus rounds in urban areas or against civilian targets is a war crime, as it can stick to humans and inflicts horrific chemical burns.

The unguided rockets are typically fired from pods of between six and 18 rockets each, carried on helicopters or attack aircraft and used en masse against a target.

The image appears to have been captured on a road adjacent to the base’s “boneyard,” an open-air storage site for retired aircraft.

A spokesman for the 355th Wing based at Davis-Monthan told Task & Purpose for a Tuesday article that the incident was under investigation.

"A lot of the information regarding the incident will not be released due to concerns regarding our operational security," the spokesman said. "We cannot speak to the photo, as it was not released through this office, nor are we able to release photos from the incident, due to the investigation."

However, this isn’t the only recent mishap involving the munitions at the base. Just last week, an A-10C “Warthog” ground attack aircraft accidentally fired one of the rockets on a training mission.

The September 5 misfire took place in the Jackal Military Operations Area, a "training area" that is "not designated for munitions release,” according to a statement by Davis-Monthan Air Force Base. Nobody was injured.