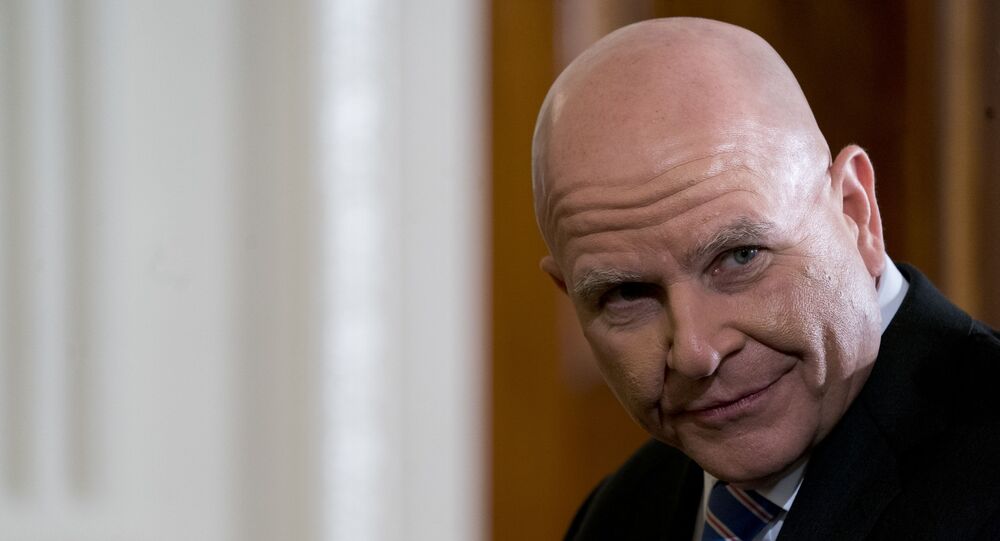 The resignation of Trump's third national security advisor came as a surprise on 10 September, with Bolton and his former boss giving conflicting accounts of how it happened. Various media reports earlier suggested that Bolton's warmongering had on more than one occasion angered Trump, who apparently wished to avoid sparking new military conflicts.

In line with earlier media reports that Donald Trump and National Security Advisor John Bolton did not always see eye to eye on certain foreign policy issues, the latest publication by NBC suggests that in fact, the US president resorted to seeking the help of H.R. McMaster – Bolton's predecessor.

According to the American broadcaster, Trump called McMaster, his second national security advisor, on several occasions, with the first call dating back to fall of 2018, although no exact date or month was given. After this, he called him again on several occasions to discuss not only foreign policy issues, but also to ask for his help in picking the next Pentagon chief in spring of 2019.

The most recent phone conversation took place a "few months ago", with two anonymous NBC sources claiming that Trump said he "missed" McMaster – a sentiment that Trump reportedly didn't hide from his aides. Neither the White House, nor McMaster has commented on the NBC report.

Notably, Bolton essentially repeated McMaster's tenure in the White House – his time there was riddled with reports of disagreements with Trump and they were both fired unexpectedly via announcements on Trump's Twitter. The difference is that sources have not indicated that Trump was in any way hostile towards McMaster, unlike reports about his successor's ability to get on his boss' nerves with some of his statements and initiatives.

Bolton reportedly first infuriated Trump just weeks into his new position by suggesting using the "Libya model" in efforts to denuclearise the Korean Peninsula, ignoring that in Libya’s case this was soon followed by the death of its leader Muammar Gadhafi and would hardly look beneficial to Kim Jong-un. This mistake was among many that led to Bolton's resignation, according to Trump's own account a day after sacking the national security advisor on 10 September.

Another reason that he mentioned was Bolton's inability to get along with important people in the administration and being "way out of line" on Venezuela policy. An anonymous source, cited by Axios, said that Bolton was "the dog who caught the car" – he managed to get his "dream job", but succeeded in angering Trump with his views.

Interestingly, multiple media reports have suggested that on more than one occasion Trump expressed discontent at Bolton's alleged attempts to draw the US into a war with other countries, namely Iran, Syria, and Venezuela. There has been no official confirmation of such reports, however.