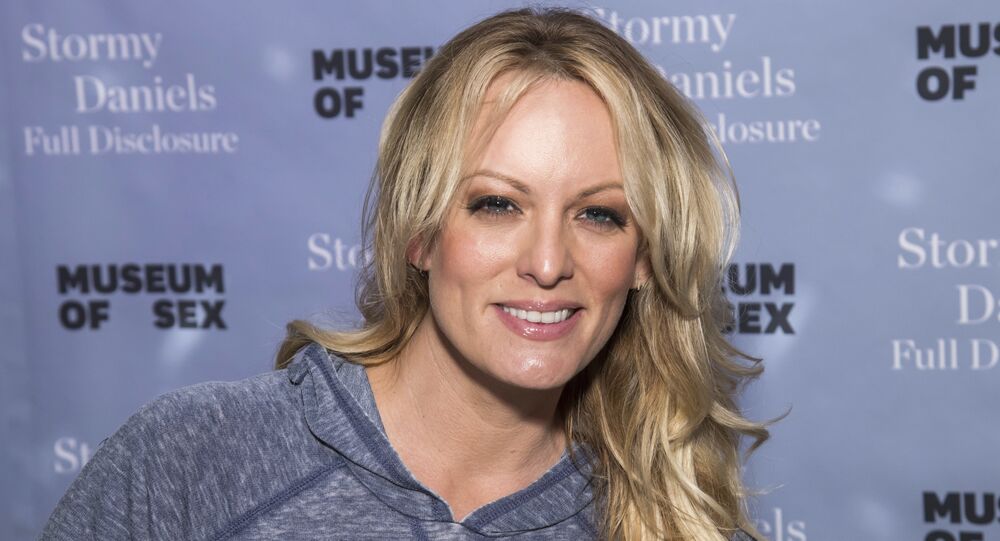 Adult film star Stormy Daniels announced Tuesday that she is prepared to testify before the House Judiciary Committee under oath after reports that the committee is planning hearings regarding US President Donald Trump’s alleged hush money payments to Daniels and former Playboy Playmate Karen McDougal before the 2016 presidential election.

“I have no fear of being under oath because I have have been and will be honest. Bring it!” Daniels tweeted Tuesday.

​According to Daniels, Trump’s former personal attorney Michael Cohen paid her $130,000 to not disclose details of her affair with Trump ahead of the 2016 presidential election. During the same period of time, McDougal received similar payments after the National Enquirer’s parent company American Media Inc. bought the exclusive rights to her story for a whopping $150,000.

AMI’s move was later described as a “catch and kill” tactic, whereby it purchases the story without any plans to actually publish it.

Cohen is currently serving a three-year sentence in prison after pleading guilty in November 2018 to charges of bank fraud, campaign finance violations related to the hush payments and lying to Congress in 2017. Cohen claimed in court, however, that the hush money payments were made “in coordination with and at the direction of a federal candidate for office,” indicating that Trump directed that the payments be made.

Trump has denied the alleged affairs and has repeatedly claimed he had no knowledge of the hush money payments.

Rep. Jamie Raskin (D-MD), a member of the House Judiciary Committee, told the Washington Post Monday that Trump’s fingerprints “are all over” the hush money scandal.

“The fingerprints are all over this one - it’s not like a big mystery,” he said. “As with the evidence of presidential obstruction of justice, the conclusion seems inescapable: that [Trump] would have been tried had he been anybody else. And now it’s left to Congress again to figure out what to do with the lawbreaking and apparent impunity of the president.”

However, it should be noted that an unidentified House Judiciary Committee aide informed NBC News Wednesday that the panel has “no plans to have [Daniels] come in” to testify as part of the group’s upcoming October proceedings. Details on the reasoning were not offered.