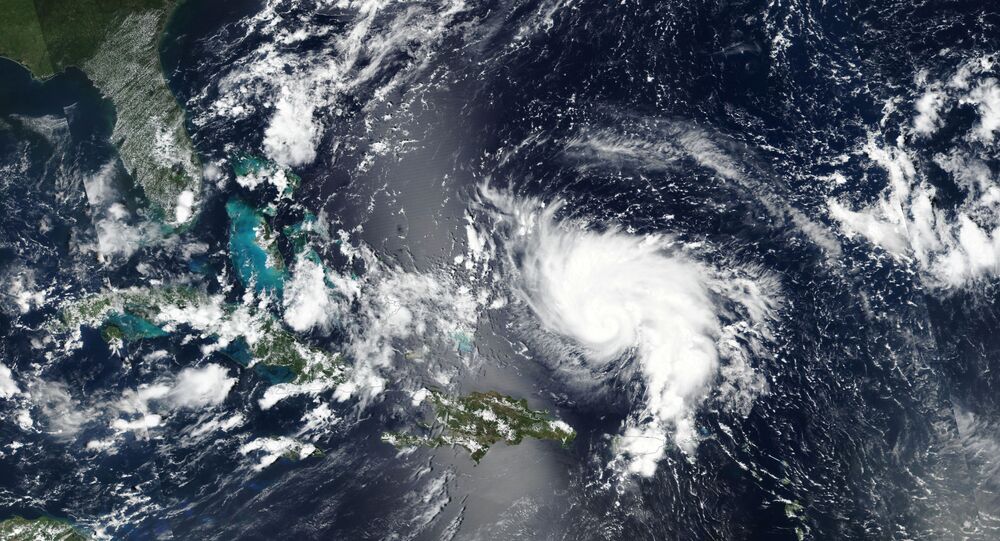 As Florida prepares for a hit from what could be a disastrous storm, Donald Trump has cancelled his scheduled visit to Poland due to the threat of “an absolute monster” hurricane and will send Vice President Pence in his stead.

Canada’s former prime minister, Kim Campbell, has said that she was hopeful that Donald Trump’s resort mega-mansion in Florida would take a “direct hit” from Hurricane Dorian over the weekend.

“I’m rooting for a direct hit on Mar-a-Lago!” she tweeted on Wednesday.

I’m rooting for a direct hit on Mar a Lago! https://t.co/cA14KQvjpC

Campbell, who resigned after just 132 days in office after a crushing defeat in the October 1993 federal election, currently chairs the independent advisory board for Canada’s Supreme Court.

The 72-year-old politician is a vocal critic of Donald Trump. In a recent tweet, she implied that the US president is “mentally ill”, and in January she reportedly branded him a “motherf***er”, referring to a similar obscenity hurled by Democratic congresswoman Rashida Tlaib.

Nor should the Presidency! https://t.co/BPn8pbAzOD

Her recent comment about Mar-a-Lago has landed her in hot water, however, with Twitter users calling her wish “reprehensible” and “evil”.

Kim Campbell, 19th Prime Minister of Canada, your death wish for Americans to die in a hurricane is a glimpse into the evil of your spirit. Being in your twighlight years, this is forever your life’s legacy.

What the heck is wrong with you. There are real people who live and work there. BUFFS!!

What happened to the honourable Kim Campbell? This is the ravings of a very unstable individual. So sad what she has become.😢

Following the backlash, Campbell backtracked on her statement. “I don’t wish anyone, anywhere, the horror of being hit by a Category 4 Hurricane,” she said. “But not everyone can have the protection of a fortress like Mar-a-Lago, built to be hurricane-proof! Trump will not bear the cost of his immoral abdication of the climate challenge!”

She went on to express hope that the hurricane would “shake up Trump’s climate change denial” and castigated his administration for reversing Obama-era limits on methane emissions in the oil and gas sector recently.

Florida on Wednesday declared a state of emergency over the upcoming arrival of Hurricane Dorian on the state’s eastern coast. Georgia's governor took similar action in the state's 12 coastal counties. The cyclone has already spared Puerto Rico for the most part and struck the Virginia Islands, and will likely hit Florida over the weekend as a potentially catastrophic Category 4 storm, bringing sustained winds of up to 130 miles per hour (210 kph).

Trump, who owns the ritzy golf resort Mar-a-Lago in Florida, warned Americans on Thursday of an “absolute monster” hurricane and cancelled a planned trip to Poland, saying he would stay in the US to monitor the storm.

His wife Melania also issued a warning, urging Americans to listen to local officials and have an emergency plan in place to evacuate safely.