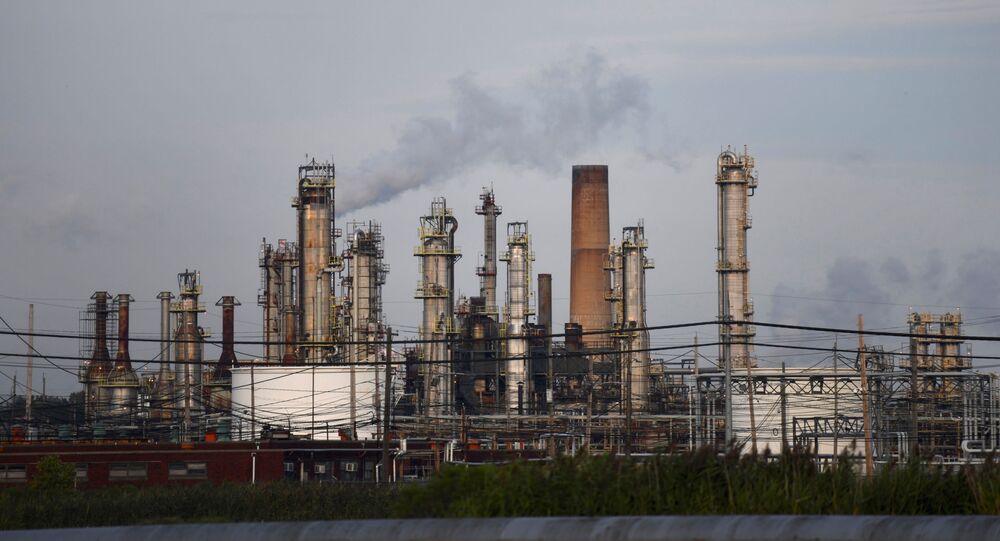 The Trump administration already tried to freeze the implementation of methane emission regulations in early 2017, but the move was rejected by a federal court. Trump is seeking to reinvigorate the oil and gas sector, but his efforts have triggered concerns among climate change campaigners.

The United States’ Environmental Protection Agency is set to propose a rollback of Obama-era restrictions on methane emissions on Thursday, The Wall Street Journal reports.

It is understood that the proposed plan was formally introduced on Wednesday and aims to abandon the existing federal government requirements that the oil and gas companies introduce technology to prevent methane leaks from oilfields, pipelines and storage facilities.

It would leave in place only indirect regulations on methane, the main constituent of natural gas, which is considered a major greenhouse gas alongside carbon dioxide.

The proposal, which is designed to boost crude oil and natural gas production, wouldn’t seek to repeal rules on volatile organic compounds – the pollutants emitted by burning fuel.

The new rule will be open for public comment and review, and is set to be finalised early next year, according to The New York Times.

What Was the Reaction to the Proposal?

“Unnecessary regulation is always unfortunate and governments, including the United States, should refrain from over-regulating energy markets,” Kim Talus, the James McCulloch Chair in Energy Law and the director of the Tulane Centre for Energy Law, said of the proposal.

“However, possibly even worse than over-regulation is uncertainty of regulation and constant changes. Companies can operate in a variety of different regulatory environments but changes in the legal frameworks make commercial operations unnecessary difficult,” he added.

Erik Milito, a vice president at the American Petroleum Institute, a trade association for the oil and gas industry, praised the proposal, describing it as “a smarter way of targeting methane emissions”.

Rachel Kyte, the special representative of the UN secretary-general on sustainable energy, called the proposal “extraordinarily harmful” on the other hand.

But relaxing the regulations could benefit small producers, who find it costly to inspect and repair oil wells.

“It’s much easier for them to regulate those existing sources,” Lee Fuller, executive vice president of the Independent Petroleum Association of America, said of the major producers. “But for these small businesses, it’s a very different economic impact.”

Anthropogenic methane emissions in the United States come primarily from the oil and gas industry, livestock, landfills, and manure.

Is It the First Attempt to Repeal the Obama Rules?

The EPA already attempted to halt the implementation of the methane rules early in Trump’s presidency, but a federal appeals court rejected the push.

In June, the agency erased Obama’s landmark climate change policy, the Clean Power Plan, which was proposed to reduce greenhouse gas emissions from power plants, and replaced it with the weaker Affordable Clean Energy (ACE) rule, triggering a lawsuit from a coalition from 22 states.