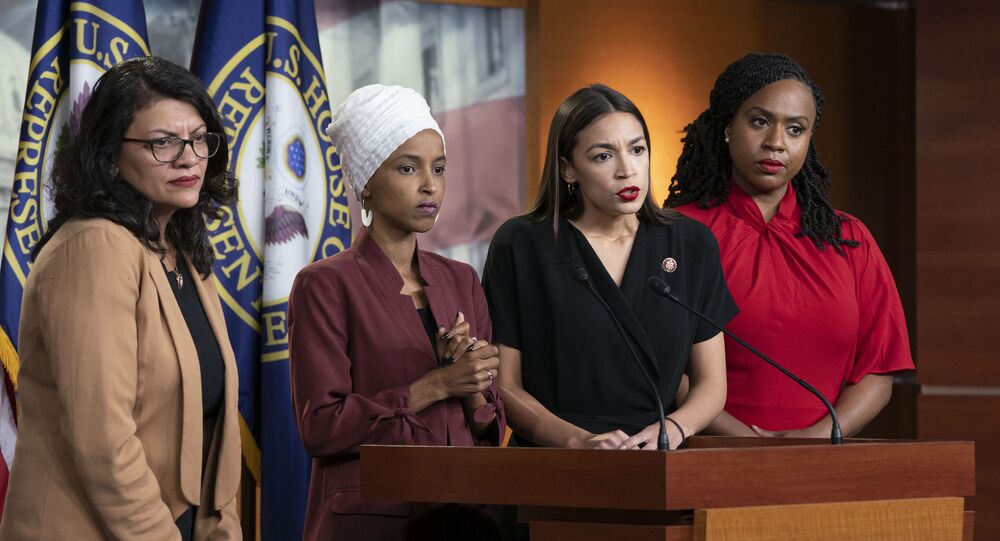 Earlier in the day Israeli Deputy Foreign Minister Tzipi Hotovely confirmed that Tel Aviv would deny entry to US congresswomen Ilhan Omar and Rashida Tlaib over their support for the Palestinian-led Boycott, Divestment and Sanctions movement.

US Congresswomen Ilhan Omar and Rashida Tlaib, both Muslim and critics of the Israeli government, planned a trip on August 18-22 to visit Jerusalem, Bethlehem, Ramallah and Hebron. The two congresswomen hoped to meet with Palestinian and Jewish peace activists and human rights organisations, but did not intend to meet with Israeli government officials. The lawmakers also refused to be escorted by Israeli security if they made their planned trip to the Temple Mount, which is known to Muslims as Haram al-Sharif.

Israeli Deputy Foreign Minister Tzipi Hotovely announced that the country's authorities decided to block the visit of Omar and Tlaib.

"The decision has been made, the decision is not to allow them to enter," Hotovely told Israel's Reshet Radio.

US President Donald Trump welcomed decision of the country's government saying on Twitter that both democratic congresswomen hate Israel.

Representatives Omar and Tlaib are the face of the Democrat Party, and they HATE Israel!

​Earlier on Thursday, US President Donald Trump tweeted that "it would show great weakness if Israel allowed Rep. Omar and Rep.Tlaib to visit."

"We won't let the Congress members enter Israel. We will not allow anyone who denies our right to exist in the world to enter the country," Hotovely told the Kan public broadcaster.

Denying entry to members of the United States Congress is a sign of weakness, not strength. It will only hurt the U.S.-Israel relationship and support for Israel in America.

​"Many strong supporters of Israel will be deeply disappointed in this decision, which the Israeli government should reverse," Chuck Schumer said via Twitter.

Congressmen Ted Lieu took aim at the US president for daring to use his power to promote the interests of a foreign state over the responsibilities of American lawmakers.

"No American President should ever work with a foreign power to negatively affect American Members of Congress. We are all Americans first," Lieu said on Twitter.

Ilhan Omar denounced Israel's decision as "chilling," adding that the country denied her entry "under the from President [Donald] Trump."

"The irony of the 'only democracy' in the Middle East making such a decision is that it is both an insult to democratic values and a chilling response to a visit by government officials from an allied nation," she said.