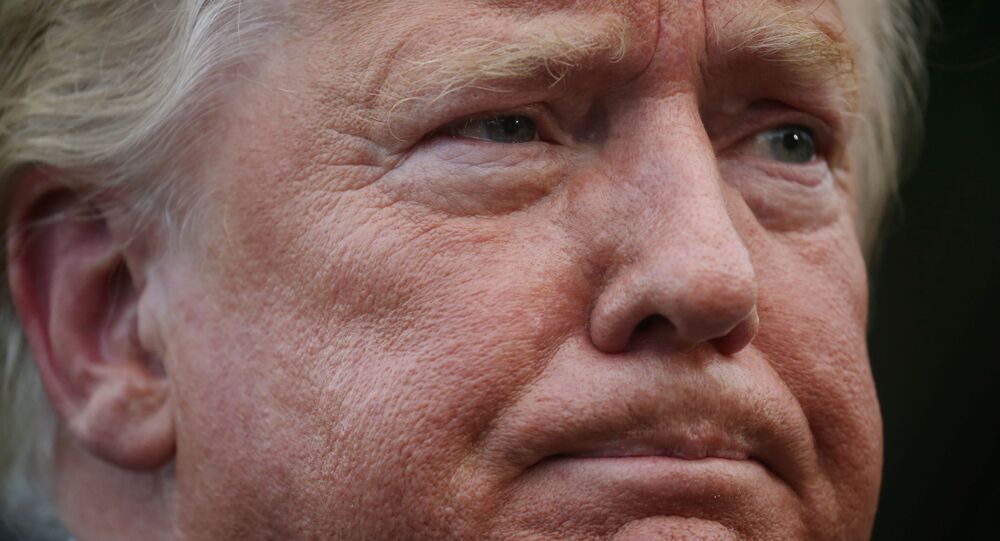 EL PASO (Sputnik) - US President Donald Trump visited the Texas city of El Paso in light of the mass shooting that killed 22 people over the weekend which spurred some locals to protest claiming the president’s rhetoric helped fuel the crisis.

On Saturday morning, dozens of people were killed when a gunman opened fire in a Walmart shopping centre in El Paso. The suspect was identified by police as 21-year-old white supremacist Patrick Crusius.

As Trump visited a local hospital to meet victims of the shooting on Wednesday, a large group of El Pasoans gathered at a nearby parking lot prior to his arrival to protest his visit. Protesters held signs claiming Trump has blood on his hands after the shooting and condemned his "hate speech."

Democratic local leaders including presidential candidate Beto O’Rourke and El Paso Congresswoman Veronica Escobar have blamed Trump’s anti-immigrant rhetoric for fueling the hate crime that led to a gunman travelling from Dallas to El Paso to carry out his shooting.

Earlier on Wednesday, Trump said he would "do something" about White Supremacy and other hate groups in the country.

Although politicians like O’Rourke and Escobar called Trump a racist following the incident, it appears El Pasoans mourning are trying to leave the politics out of it.

The White House during both trips said media was not allowed into the hospitals because the president wanted to meet with the victims’ families. The trips were not about photo ops, a White House spokesperson said.

Mass Shootings in the US, Burka Ban in the Netherlands