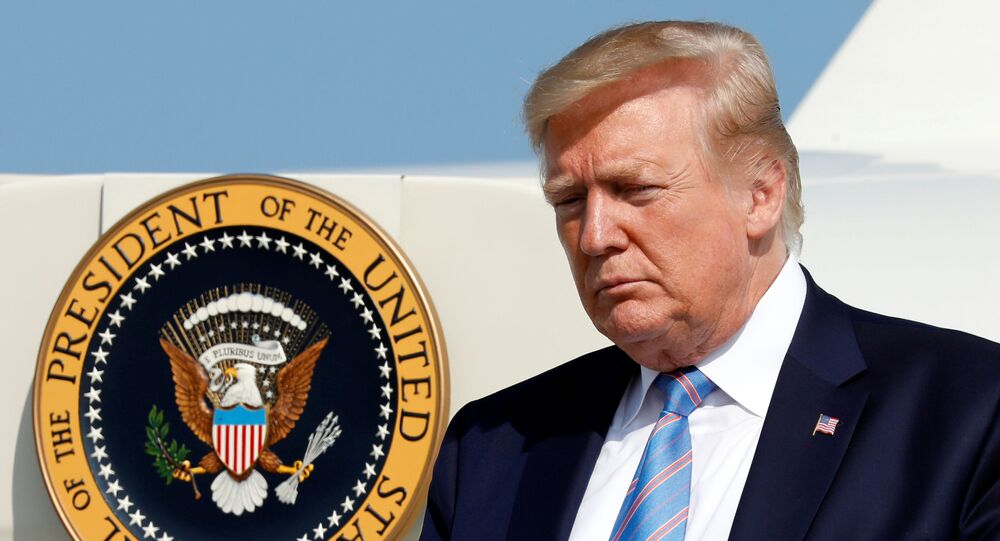 WASHINGTON (Sputnik) - US President Donald Trump on Wednesday will be visiting the sites of deadly mass shootings that took place over the weekend in Texas and Ohio where scores of activists and opposition lawmakers await likely prepared to show stiff resistance.

During visits to Dayton, Ohio and El Paso, Texas, Trump plans to meet with first responders, law enforcement and victims of the shootings, according to administration officials.

El Paso Mayor Dee Margo said Trump's visit is welcomed, however, several other local leaders including Democratic Presidential candidate Beto O'Rourke and Congresswoman Veronica Escobar have publicly said that the US president is not welcome in the city.

Many Democratic lawmakers, Hispanic leaders and others have blamed Trump's anti-immigrant rhetoric for inciting hate crimes that may have provoked the mass shooting at a Walmart shopping centre in El Paso where 21-year-old white supremacist Patrick Crusius killed dozens of people with a high-velocity weapon.

Trump faced some backlash when he tweeted that Congress should pass legislation for stronger background checks that could include legislation on immigration forms.

Crusius said in his manifesto that he carried out the shooting to defend the United States against the "Hispanic invasion." The gunman also cited the video game Call of Duty in a manifesto police reportedly uncovered.

As of Monday, the death toll in El Paso climbed to 22 while the number of those injured is 27. US authorities said they are treating the case as domestic terrorism.

In another mass shooting incident on Sunday, a gunman killed nine people in Dayton, Ohio. Police said they neutralized the shooter, identified as 24-year-old Conner Betts, in less than a minute.

Dayton Mayor Nan Whaley told reporters she intends to tell Trump during his visit that his remarks on Monday were "unhelpful to the issue around guns." She even invited the city’s citizens to raise their voice in protest to the US president.

On Monday, Trump said that video games and mental illness were to blame for the violent shootings. Authorities have made no mention yet on whether either factor cited by the US president played any role in the motive behind the shootings.

Democratic lawmakers are urging Senate Majority Leader Mitch McConnell to bring to the floor the bipartisan Background Checks Act of 2019, which would prohibit most person-to-person firearm transfers unless a background check can be completed.