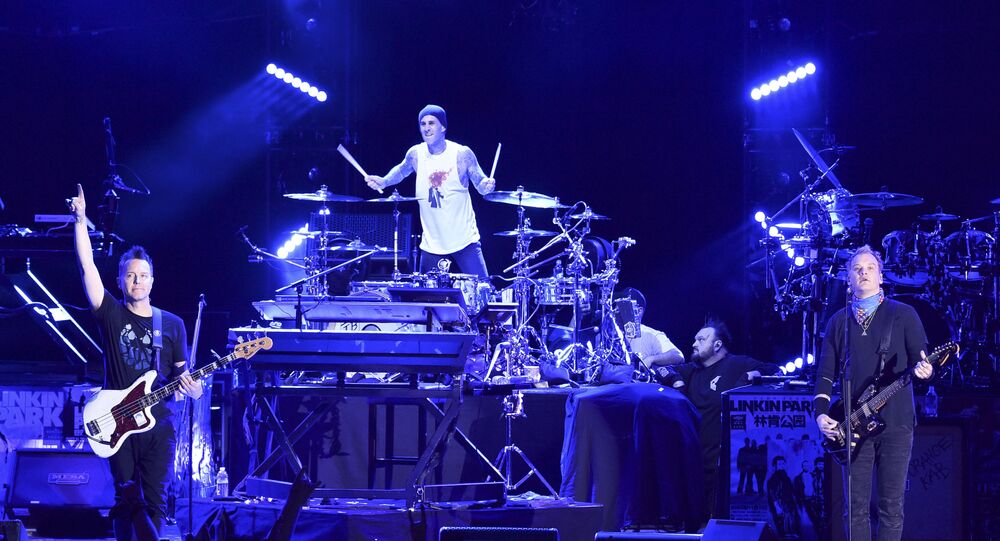 A young man went on a shooting spree on Saturday inside a Walmart store in El Paso's Cielo Vista shopping mall, having killed 20 people and injuring dozens. The suspect has been identified and taken into custody.

American punk rock band Blink-182 has postponed its Sunday show at UTEP Don Haskins Arena in El Paso, Texas, "in solidarity with the community" following a mass shooting that claimed 20 lives on Saturday. The announcement was made on the band's official Twitter account.

Following today’s terrible tragedy in El Paso we are postponing our Sunday, August 4th show at the UTEP Don Haskins Arena in solidarity with the community. Please stay tuned for further updates coming soon. Sending our love to the entire community of El Paso.

The band's bassist and co-lead vocalist Mark Hoppus earlier tweeted that they "are locked down" in their hotel in El Paso due to an active shooter situation in the Cielo Vista mall, where they were headed to.

the intercom said there are reports of another shooting across the street at the bassett place mall. i don’t see or hear police or helicopters so hopefully it’s just an over abundance of caution and someone got the malls confused. so terrible.

update: police confirm report of a separate incident at bassett mall is incorrect. we are still in our hotel. federal agent at the door to the building.

Social media users thanked the band for showing solidarity with the victims and expressed hope that they'd be back soon:

Thank you, I wasn't sure how to feel on going to the show, meanwhile my heart is broken.

Everyone was excited, but I’m glad you did this. I appreciate all you guys for caring about our community. Much love 💕

​Others were a bit disappointed as they thought Blink-182 would perform to "lift up" people's spirits:

I was hoping y’all would still play the show in an attempt to lift up our spirits - God knows we need it - but I understand and thank you for your support.

You were going to be the highlight of this horrible weekend!!!! Please, come back! Favorite band since the 6th grade!! #ElPasoStrong

Was super scary being on the bus around the corner from Walmart! While I totally understand I still can't help being super disappointed 😥 I flew in from Australia to see you guys

On 3 August, a gunman, identified as 21-year-old Patrick Crusius, opened fire at Walmart in the Cielo Vista shopping mall in El Paso, killing 20 people and injuring many others. The suspect, who is currently in police custody, used an AK-style assault rifle and ear protection headphones during the shooting.

Confirmed Photo of the shooter as he entered the Cielo Vista Walmart store. #EPShooting https://t.co/wfXkVy7a3y pic.twitter.com/TWVZwQXIyl

Crusius reportedly published a manifesto, in which he supported the Christchurch massacre in March, and slammed the government for failing to solve the immigration issue. He purportedly wrote that he went on a shooting rampage because of his fear of the growing Hispanic population due to illegal immigration. The authenticity of the manifesto is yet to be verified.