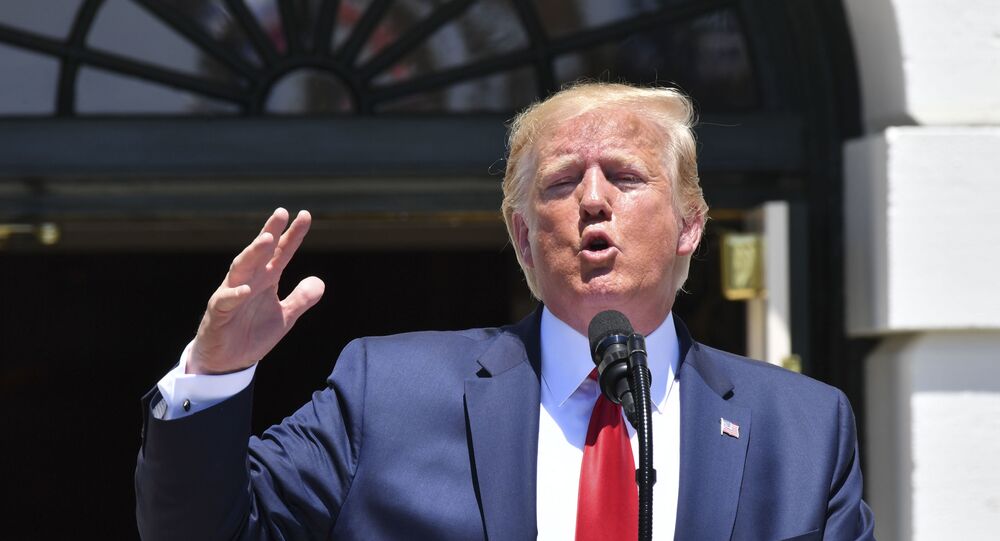 US National Security Adviser John Bolton said earlier on Wednesday that Washington will withdraw from the 1987 Intermediate-Range Nuclear Forces (INF) treaty and added that the only remaining US-Russia New Strategic Arms Reduction Treaty (New START), is unlikely to be renewed.

US President Donald Trump said on Wednesday that he counts on reaching an agreement on arms control between the United States and Russia.

"I think we are going to end making a deal with Russia where we have some kind of an arms control, because all we are doing is adding on what we don't need and they are, too", Trump said in an interview with C-SPAN.

In February, the United States formally suspended its obligations under the INF Treaty, triggering a six-month withdrawal process that will conclude in a full withdrawal on 2 August. In July, Russian President Vladimir Putin responded by signing a decree that would suspend Russia's participation in the accord.

The INF Treaty requires the United States and Russia to eliminate and permanently forswear all nuclear and conventional ground-launched ballistic and cruise missiles with ranges between 500 and 5,500 kilometers (310 to 3,417 miles).

New START was signed in 2010 and is currently the only Russian-US arms control treaty. The treaty expires in 2021 and the Trump adminstration remains undecided on whether to extend it, while Russia has repeatedly stressed that it is ready for dialogue.

According to the US-based media reports, Trump raised the idea of a new three-way accord, including China, during last month's talks in Osaka with Putin and Chinese President Xi Jinping.

On 17 July, Russian and US officials met in Geneva for strategic talks. According to Russian Deputy Foreign Minister Sergey Ryabkov, who led the Russian delegation, the two sides thoroughly discussed an extension of the New START.