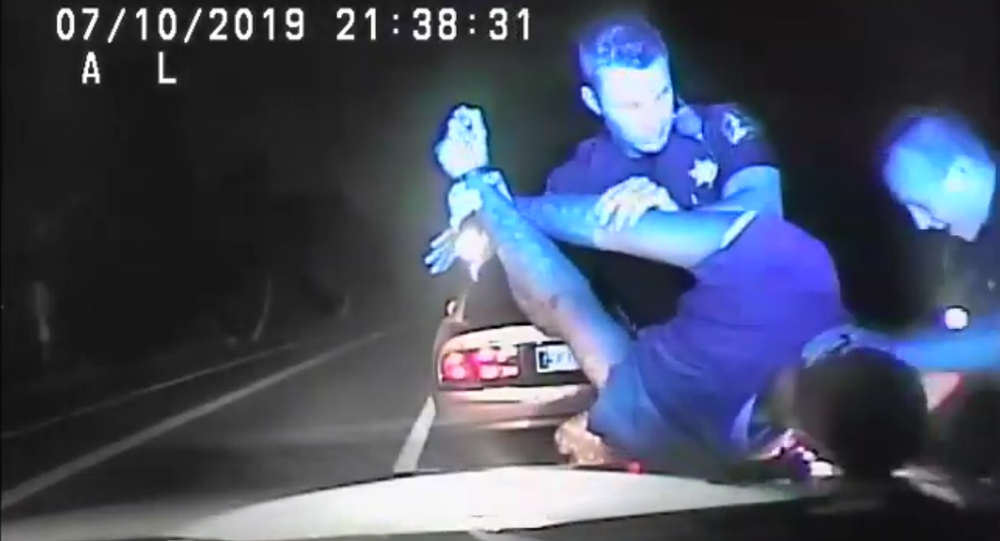 Two Hamilton County Sheriff’s Office deputies are on paid administrative leave as multiple investigations have been launched pertaining to their alleged excessive use of force during a body cavity search on a suspect.

A traffic stop quickly escalated to the alleged violation of a Tennessee man’s human rights after the suspect-turned-victim sustained injuries related to what is being called an unlawful “body cavity search” by attorney Robin Flores.

According to a police affidavit obtained by NewsChannel9, James Myron Mitchell was the passenger in a car operated by Latisha Coonrod. Coonrod was initially pulled over by police around 9:30 p.m. on Wednesday on a window tint violation.

Mitchell and Coonrod were then forced to exit the vehicle after Mitchell admitted to carrying marijuana for personal use. Cops allege Mitchell became “combative” after the marijuana was confiscated by police and, on multiple occasions, reached “in to his waistband,” which made cops assume he had a weapon. Officers then began to deliver blows to his body and performed a search that yielded 1.16 grams of crack cocaine.

Friday afternoon, the Hamilton County District Attorney’s Office released dashcam footage of the incident to local news outlets. The main interaction between cops and Mitchell can be seen between the 0:45 and 12:11 marks.

One officer can be seen putting on a glove around the 10:50 mark before beginning to perform a strip and cavity search of Mitchell. The officer actively conducting the search is seen forcing Mitchell’s head into the squad car at the same time.

According to Rule 41 of the Tennessee Rules of Criminal Procedure, a “body cavity search” is defined as “an inspection, probing or examination of the inside of a person's anus, vagina or genitals” in order to determine whether an individual is concealing something such as a weapon or controlled substance.

The code goes on to say that “no person shall be subjected to a body cavity search by a law enforcement officer” or related official “unless the search is conducted pursuant to a search warrant.”

“After reviewing that video I was somewhat disturbed at what I saw and appointed an investigator from my office to investigate the potential excessive force that was seen in this video,” Pinkston said.

In a Facebook post, the Hamilton County Sheriff’s Office announced that there were two separate investigations being conducted against the officers: an internal investigation and a criminal review.

Mitchell faces charges of resisting arrest and several drug-related charges for his possession of marijuana and crack cocaine. His attorney is seeking to have the charges dropped.