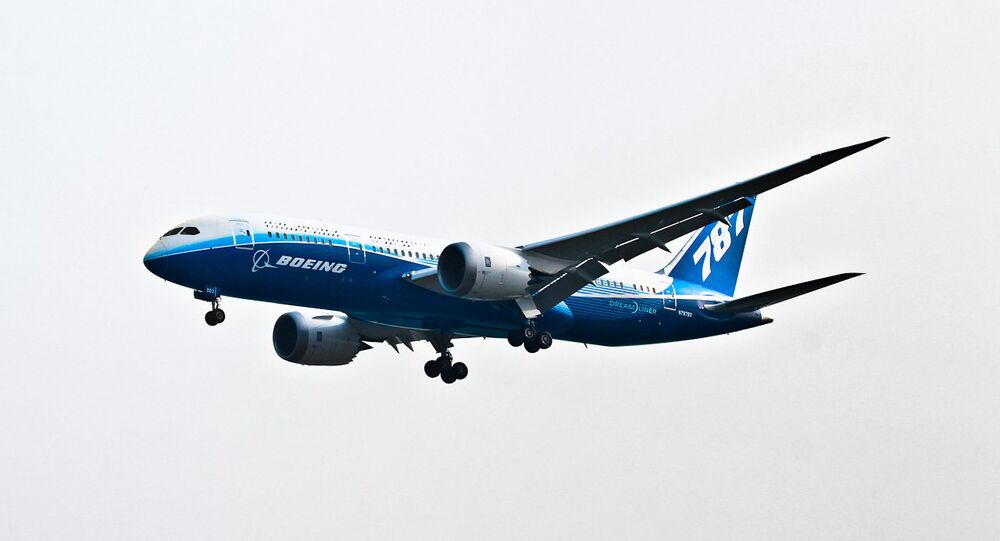 On Sunday the US Federal Aviation Administration announced there was a new problem with Boeing’s 300 grounded 737 MAX jets, warning it could lead to the aircraft being damaged during flight.

Boeing is making headlines again, as just two days after the Federal Aviation Administration announced a new problem with the company's 300 grounded 737 MAX jets, the DailyMail.com has disclosed that the US aerospace company has been handed new Airworthiness Directives by regulators.

According to the FAA, the wheels of the recently launched 787-9 and 787-8 “could be susceptible to damage, resulting in a loss of braking on one main landing gear truck, loss of nose wheel steering and loss of directional control on the ground when below rudder effectiveness speed.”

According to FAA estimates, ensuing repairs to rectify the revealed safety concern will cost operators over $5 mln.

The directive is effective 6 June and affects an estimated 87 airplanes on the US registry.

Airlines are also required to conduct detailed inspections of particular parts in all of the 787s in their fleets, following reports of damage potentially causing dangerous hydraulic leakage in the event of lightning strikes.

“Boeing works closely with the FAA to monitor the fleet for potential safety issues and take appropriate actions. This is a continuous and ongoing process.”

He added issues had “been resolved with system improvements that have been incorporated into production of all 787 models.”

Operators are compelled by the new FAA directives to make required repairs on affected aircraft already in use in their fleets.

According to the Boeing spokesman, the directives “align with recommendations that the company had issued in two separate service bulletins to operators”.

The 787 “Dreamliner” is flown by 72 major airlines around the world, including British Airways and TUI Airways.

Boeing recently announced it was expanding to 235 new routes, and referred to its 787 Dreamliner fleet as an “industry leader”, the largest of which can fly 330 passengers internationally.

The new directives come as an additional blow to the beleaguered company.

On Sunday the US Federal Aviation Administration announced a new problem with some parts used in the Boeing 737 MAX and NG planes.

Up to 148 leading edge slat tracks made by a Boeing sub-tier supplier may have been improperly manufactured, necessitating the upgrading of 133 NG and 179 MAX aircraft worldwide. The FAA said that it will require their replacement.

Boeing has been struggling to get their global fleet of 737-MAX jets back in the air after months of grounding in the wake of two fatal crashes, with still no fix in sight.

The company’s most popular jet was grounded in March after a fatal Ethiopian Airlines crash that closely followed the crash of a Lion Air flight in Indonesia in October.

Both crashes left no survivors, racking up a casualty list of 346 people.