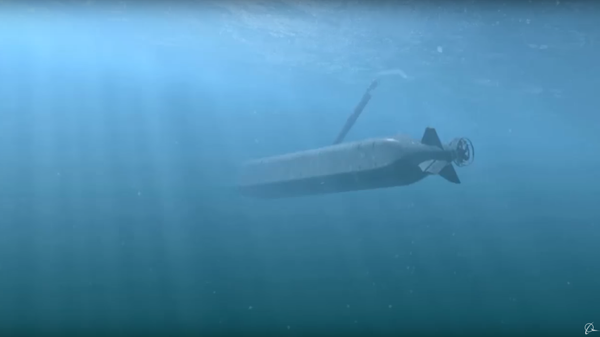 The new drone, called the Orca, is based on Boeing's Echo Ranger and Echo Voyager drone designs.

The Navy's $43 million contract with Boeing to produce the Orca attack drone is proceeding as planned, with the critical design review having recently been completed and construction now under way, Capt. Pete Small, programme manager of unmanned systems for the Navy's Sea Systems Command said at a Navy symposium, Warrior Maven has reported.

According to the defence news website, once complete, the 50-tonne vessels, packed with the latest sensors and large enough to carry an array of weapons, will provide the USN with "an unprecedented sensing, endurance and attack advantage".

Details on the specifications of the drone are scarce, but Orca's Echo Voyager cousin, built on the same platform, is 84-feet-long, has advanced sonar, obstacle avoidance and autonomous buoyancy systems. According to data from Boeing, the Echo Ranger is capable of diving up to 11,000 feet below the water, and has a range of up to 6,500 nautical miles.

Orcas are expected to be capable of operating in coordination with the manned surface ships controlling them, providing them with forward defence against enemy mines, subs and other threats. According to the US Naval Institute, once deployed, Orcas will be capable of destroying sea mines, subs, surface ships, conducting electronic warfare, and even launching nuclear weapons.

According to Warrior Maven, the Orca will probably be too large to be launched from a ship or submarine, given existing technology and equipment, launching from docks instead.

Boeing plans to deliver the Orcas to the Navy by 2022.

Russian Underwater Drone Poseidon Keeps US Intel on the Alert
Along with the United States, other naval powers including Russia are working on naval drone systems. Earlier this year, Russian media got a glimpse of the Poseidon, a nuclear-powered underwater drone designed to carry both conventional and nuclear payloads to enemy shores, with the Russian Navy expecting to receive about 30 of the drones by 2027. Russian President Vladimir Putin unveiled the Poseidon and a half dozen other advanced weapons technologies designed to help preserve the global strategic balance in a national address in March 2018.
Newsfeed
0
Access to the chat has been blocked for violating the rules . You will be able to participate again through:∞. If you do not agree with the blocking, please use the feedback form
The discussion is closed. You can participate in the discussion within 24 hours after the publication of the article.
To participate in the discussion
log in or register
loader
Chats
Заголовок открываемого материала