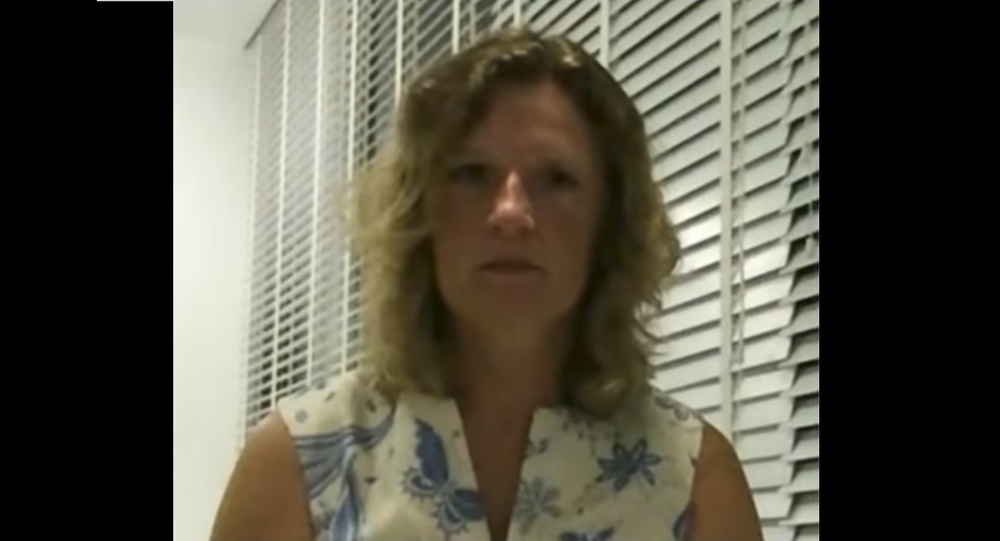 Russian-born British historian Svetlana Lokhova has filed a massive lawsuit against an FBI informant and several news agencies for defamation after her name was dragged through the mud amid false allegations about being a Russian intelligence “honeypot,” which she says ruined her career.

"Stefan Halper is a ratf****r and a spy, who embroiled an innocent woman in a conspiracy to undo the 2016 Presidential election and topple the President of the United States of America," says Lokhova's complaint, filed in the US District Court for the Eastern District of Virginia on Thursday.

Halper, who directs the University of Cambridge's Department of Politics and International Studies, met Lokhova at a 2014 party hosted by former MI6 chief Sir Richard Dearlove — a party also attended by then-director of the US Defense Intelligence Agency (DIA) Michael Flynn.

Lokhova's lawsuit alleges that Halper, along with the New York Times, MSNBC, Washington Post and Wall Street Journal, "manufactured and published numerous false and defamatory statements" that "misrepresented that [Lokhova] was a ‘Russian spy' and a traitor to her country and that [Lokhova] had an affair with General Flynn on the orders of Russian intelligence."

This combined assault "devastated" her and "injured her business as an academic and author, and propelled her to the epicenter of a massive fraudulent hoax about ‘Russian collusion.'" She is seeking $25 million in damages.

Lokhova notes her career at Cambridge was destroyed as well as the possibility of her getting hired "anywhere else in the world," that she lost valuable book contracts with several publishers, and that she has even been unable to finish her PhD.

© AP Photo / Jacquelyn Martin
‘I Was Set Up’: Papadopoulos Tells Sputnik He Was Target of US, UK Intelligence

Further, Lokhova notes she was forced to flee the UK and "live abroad without a permanent address in order to avoid public scrutiny, invasion of her privacy, and constant public ridicule," of which she lives in fear.

Based on a brief conversation she had with Flynn at the party in 2017, media outlets began alleging that Flynn's failure to disclose this "contact" with a Russian national was a violation of intelligence community procedures, along the lines of his lying about his contact with then-Russian Ambassador to the US Sergey Kislyak. The media decided that Lokhova's citizenship meant she had connections to the Russian government, Sputnik reported at the time.

Soon enough, Lokhova found herself at the center of the Russiagate narrative and was being accused of being a "honeypot" and "honeytrap" — that is, that she tried to seduce Flynn in order to get him to disclose confidential or classified information, or perhaps even to compromise him! It was also alleged that she and Flynn had had a romantic affair.

Lokhova has remained adamant that their interaction was limited to that party and a handful of emails related to a vintage Soviet postage card written by Soviet leader Joseph Stalin she had told Flynn about. Lokhova is an expert in Russian and Soviet security and history, Sputnik noted.

However, Politico noted that there are both news outlets mentioned in the complaint that were not named as defendants, and also that two of the named outlets — the New York Times and MSNBC — had never published material about Lokhova.

Instead, the allegations against MSNBC stem from tweets by analyst Malcolm Nance and a retweet by host Joy Reid, as well as contacts Lokhova had with an NBC News producer, Politico noted. It's unclear what the origin of accusations against the Times are.