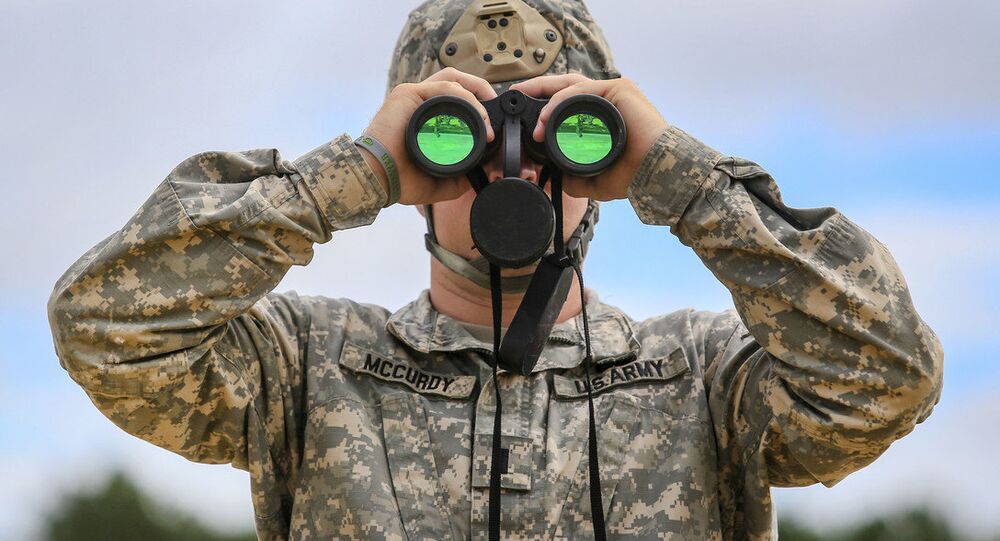 US Can 'Overextend, Destabilise' Russia Via Non-Military Domains – Think Tank

US-Russian relations have been in a downward spiral since 2014, spurring the exchange of sanctions and a military build-up. Relations have also been exacerbated by Washington’s withdrawal from the INF Treaty and NATO's regular drills and reconnaissance flights near Russia’s borders.

Researchers at the California-based think tank, RAND Corporation, have come up with a strategy for the US aimed at "overextending" and "destabilising" Russia's economy and armed forces. The authors were inspired by a similar strategy developed in 1972 and aimed at directing the US-USSR competition to a direction, profitable for Washington, but costly for the Soviet Union. The think tank has suggested imposing "cost-imposing options" on Russia using its perceived "vulnerabilities", which at the same time won't pose great risks and costs to the US.

"Such cost-imposing options could place new burdens on Russia — ideally heavier burdens than would be imposed on the United States for pursuing those options", the research said.

As opposed to the anti-USSR strategy, RAND researchers point out that the military domain will not yield as many achievements in terms of overextending Russia, as before, but will be at the same time very costly for Washington, pointing out the militarisation of space as an example of a poor option.

The think tank has suggested intensifying economic pressure on Russia, continuing the trend of imposing sanctions, which as RAND acknowledges will only work if supported by other states and will still bear some costs for the US. Another option suggests rapidly increasing US oil output to press crude prices lower and thus decreasing Russia's revenues.

Apart from that, the researchers proposed Washington start an ideological and informational campaign within Russia in a bid to undermine the government's authority and "encourage domestic protests". The think tank additionally noted the possibility that such moves will actually work is low, while a potential response from Moscow could potentially be harsh.

The research also offers an array of diplomatic moves, poised to undermine Russia's positions, ranging from exclusion from non-UN formats like the G20, to arming Ukraine with lethal weapons and "flipping Transdniestria" and expelling the Russian military contingent from it.

READ MORE: US to Triple Import of Russian Oil Amid Sanctions Against Venezuela - Report

The researchers although warn that any US action might bear potential high costs for the country and they should not be used to "extend Russia for its own sake". Instead, such a plan must be used within the broader context of national policy, suggesting defence, deterrence, and even cooperation, in case the two states' interests align.

The research comes amid an ongoing negative trend in US-Russian relations that started in 2014 following the political crisis in Ukraine.

The US and its European allies have since imposed a whole array of economic sanctions on Russia, under various pretexts. Moscow responded to their actions reciprocally, imposing mirror sanctions. Washington has additionally taken multiple steps in a bid to curb Russian military exports, threatening those interested in them with sanctions although with little success.

Moscow has repeatedly called on Washington to abandon its policies and resolve existing issues at the negotiating table, but the US has turned a deaf ear to such proposals so far.