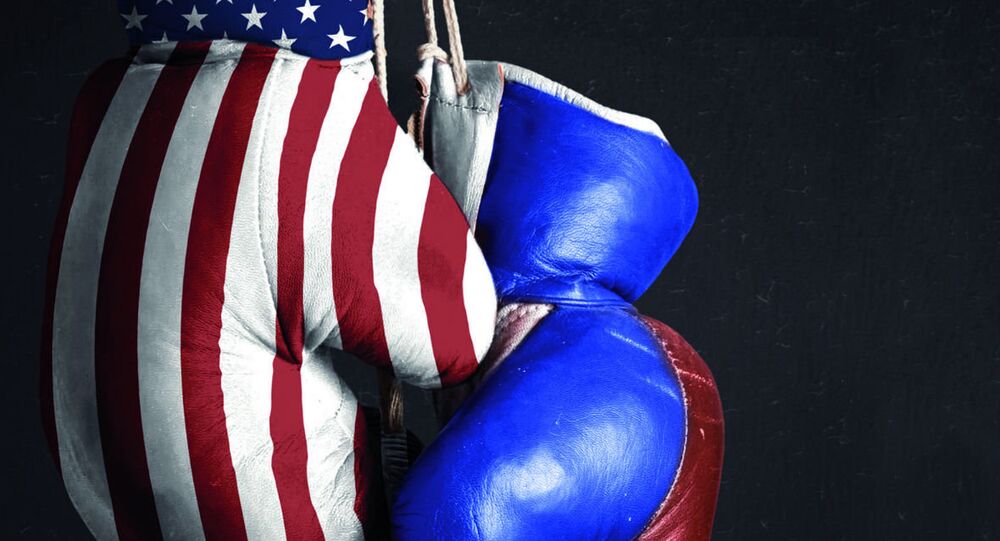 WASHINGTON (Sputnik) - Relations between the United States and Russia are not doomed to Cold War rivalry, US Secretary of State Mike Pompeo said in remarks to the World Economic Forum on Tuesday.

"It’s not the case that we are doomed to a Cold War rivalry," Pompeo said.

Speaking further, the senior official said that the United States and Russia must engage in direct dialogue to prevent the spread of nuclear weapons.

"These two nations are the largest possessors of nuclear capability in the world. Russia is a formidable power in that we respect and we understand that. We need to ensure that there are conversations taking place so that we can prevent both proliferation and the rest that comes with the possession of those nuclear weapons," Pompeo said.

At the same time, according to Pompeo, the US supports the European Council's decision to sanction nine individuals, including four Russians, and an entity in connection to the Skripal poisoning case.

"We applaud the EU for approving the first sanctions designation under its new chemical weapons sanctions authority, and stand firmly united in the conviction that chemical weapons use will not be tolerated," Pompeo said via Twitter.

We applaud the #EU for approving the first sanctions designation under its new chemical weapons sanctions authority, and stand firmly united in the conviction that chemical weapons use will not be tolerated. https://t.co/v1eZTRkF04

© CC BY-SA 2.0 / Naval Surface Warriors / 140619-N-ZZ999-901
Russia Ready to Show 'Unprecedented Transparency' Over SSC-8 Missile, Urges US to Resolve Concerns Over Aegis Systems
Last week, Russian President Vladimir Putin said in an interview with Serbian media that Russia didn't want a new arms race and was ready for a serious dialogue with the United States on the whole strategic agenda. Putin noted that Moscow sent to Washington in December certain proposals on maintaining the INF Treaty.

Moscow and Washington have repeatedly blamed each other for violating the 1987 nuclear pact, which banned ground-launched ballistic and cruise missiles with ranges between 311 and 3,417 miles.

Russia has rejected the accusations. It has complained about US weapons in Europe that can fire cruise missiles at ranges that breach the terms of the INF.