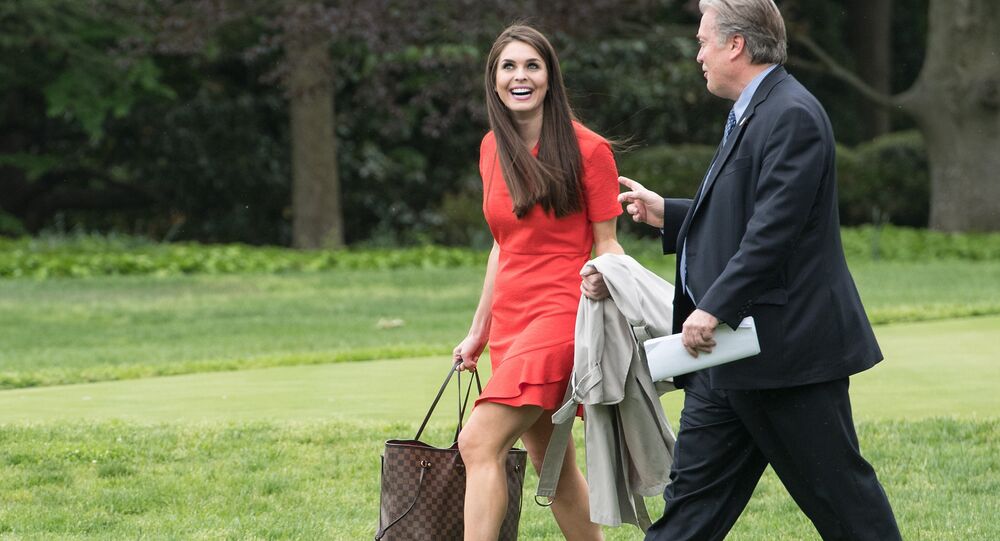 "The Judiciary Committee’s investigation into obstruction of justice, public corruption and abuse of power by President Trump and his administration will continue", Nadler said on Tuesday. "I have issued these subpoenas today to two critical witnesses who have worked closely with the President".

Nadler issued the subpoenas just hours after McGhan refused to testify before the Judiciary Committee on Trump’s orders. The US president has vowed to fight all subpoenas by House Democrats as they launch multiple investigations using the report by Special Counsel Robert Mueller.

The report cleared Trump and members of his campaign of colluding with Russia during the 2016 presidential election, but also claimed Trump attempted to interfere with the Mueller probe in ten instances. However, US Attorney General has said the evidence offered in the report does not rise to the level of an obstruction of justice offense.

The subpoenas require Hicks to appear before the Judiciary Committee on 19 June and Donaldson to testify five days later.

Donaldson’s notes depicting attempts by her former boss, McGhan, to cope with Trump’s demands during the Mueller investigation were cited extensively in Mueller's report.

© REUTERS / Erin Scott
Barr Declines to Testify in US House Hearing on Mueller Report - Nadler
In addition to public testimony, the Judiciary Committee is demanding that Hicks turn over all documents and records related to an exhaustive list of 36 topics that resembles a point-by-point summary of the 448-page Mueller report.

Trump cited executive privilege in refusing to let McGhan testify, claiming that the US Constitution’s separation-of-powers doctrine protects internal deliberations by the president and his staff from public disclosure.