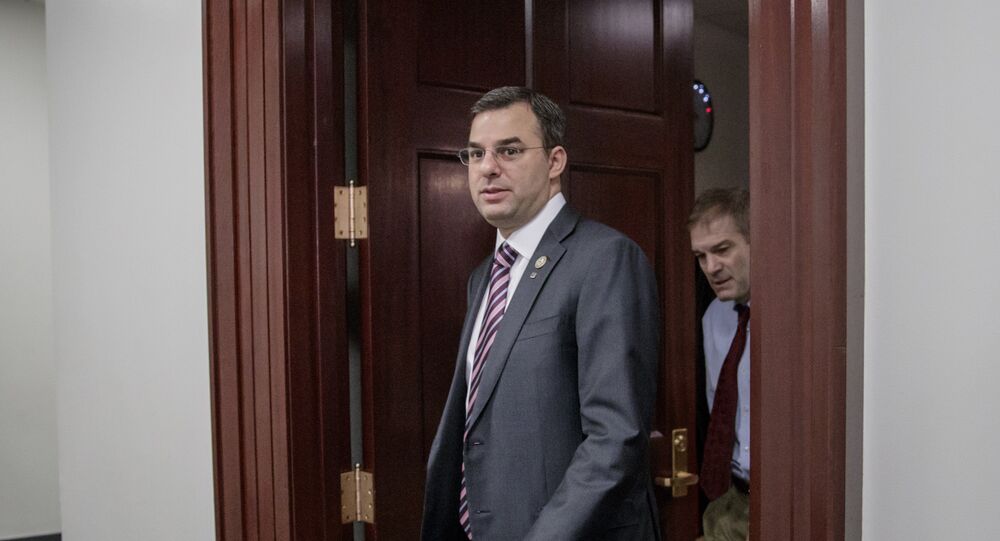 Michigan Republican and member of the House Freedom Caucus Justin Amash accused President Trump of engaging in "impeachable conduct", becoming the first Republican in the House to raise the question of President’s impeachment.

Here are my principal conclusions:
1. Attorney General Barr has deliberately misrepresented Mueller’s report.
2. President Trump has engaged in impeachable conduct.
3. Partisanship has eroded our system of checks and balances.
4. Few members of Congress have read the report.

I offer these conclusions only after having read Mueller’s redacted report carefully and completely, having read or watched pertinent statements and testimony, and having discussed this matter with my staff, who thoroughly reviewed materials and provided me with further analysis.

In another tweet, he referenced the constitutional language surrounding impeachment — "high crimes and misdemeanors", implying that the president only needs to violate public trust and engage in “careless, abusive, corrupt, or otherwise dishonourable conduct” for Congress to consider his removal.

Impeachment, which is a special form of indictment, does not even require probable cause that a crime (e.g., obstruction of justice) has been committed; it simply requires a finding that an official has engaged in careless, abusive, corrupt, or otherwise dishonorable conduct.

Amash concluded by lamenting both parties' apparent hypocrisy and inaction in responding to the Mueller investigation.

"Few members of Congress even read Mueller’s report; their minds were made up based on partisan affiliation — and it showed, with representatives and senators from both parties issuing definitive statements on the 448-page report’s conclusions within just hours of its release," he said, cited by Fox News.

In comparing Barr’s principal conclusions, congressional testimony, and other statements to Mueller’s report, it is clear that Barr intended to mislead the public about Special Counsel Robert Mueller’s analysis and findings.

Amash has been a frequent critic of Trump. He has previously said he would not rule out running for the Libertarian Party nomination for president next year. He also co-sponsored a resolution to block Trump's emergency declaration earlier this year.

The lawmaker became the first Republican in the House to come out publicly in support of impeachment proceedings. Some Democratic party members, including 2020 presidential candidate Sen. Elizabeth Warren and Rep. Alexandria Ocasio-Cortez, have previously discussed impeachment as an option. However, both Speaker Nancy Pelosi and House Majority Leader Steny Hoyer have come out against impeachment proceedings, calling for the situation to be resolved in next year’s presidential election.