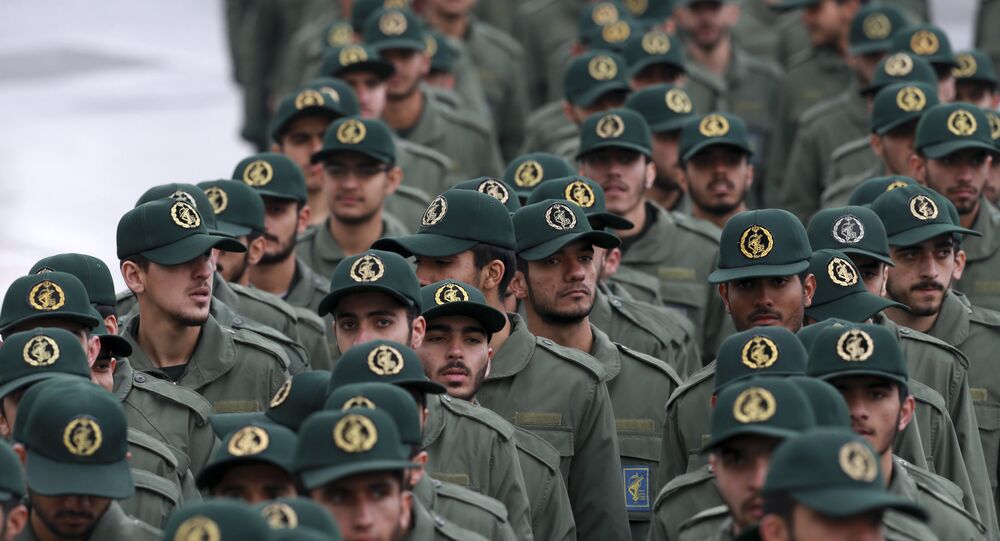 Tensions have flared in the volatile region, with US diplomats warning that airliners flying over the Persian Gulf risk “mis-identification” and nonessential diplomatic staffers acting upon orders to leave the US Embassy in Baghdad.

Iranian Revolutionary Guard Commander Gen. Hossein Salami taunted Donald Trump’s administration with a 9/11 allusion on Saturday, in an painful reference to the attacks on the World Trade Center in 2001 against the backdrop of spiraling tensions between Iran and the United States.

"The [US political] system has an apparently huge body, but suffers from osteoporosis," the high-ranking Iranian official told Fars news agency.

"In fact, the US is like a World Trade building that collapses with a sudden hit," he said, adding that the American system "has cracked and lost its strength."

However, he has emphasised that Iran is not seeking war, while, according to him, "the difference between us and them is that they are afraid of war and don't have the will for it."

His words have echoed those of Iranian Foreign Minister Mohammed Javad Zarif, who said his country is "not seeking war," according to state-run Islamic Republic News Agency (IRNA).

Zarif said: "In fact, as the supreme leader said, there will be no war since we are not seeking war and nobody in the region is suffering from hallucinations that they're able to confront Iran."

© AP Photo / Mehdi Marizad
Iran Showing 'Maximum Restraint' in Face of US Exit From Nuclear Deal - Zarif
Zarif added that although President Donald Trump has said he is not seeking an armed conflict, "some that have sat around him" are pushing for such a conflict.

Tensions have flared in the volatile region, with US diplomats voicing warnings that commercial airliners flying over the Persian Gulf risk “misidentification” due to “heightened military activities and increased political tension”.

Pilots have been ordered to be on alert for interference with navigation instruments or the jamming of communications.

As Secretary of State Mike Pompeo issued a directive Wednesday instructing all nonessential diplomatic staffers to leave the US Embassy in Baghdad and its consulate in Irbil, employees of energy giant Exxon Mobil began evacuating an oil field in the southern province of Basra on Saturday, according to reports.

In wake of the unfolding events, the Persian Gulf nation of Bahrain ordered all of its citizens in Iraq and Iran to return home.

READ MORE: 'Iran Isn't Interested in a Military Confrontation With the US' — Scholar

The possibility of a conflict has escalated since a White House decision on 5 May to dispatch an aircraft carrier and other military resources to the region in a “message” to Iran that followed “clear indications” that Iranian and Iranian proxy forces were preparing to possibly attack US forces in the area, a defence official told the Associated Press.

Donald Trump raised the issue of war with the Islamic Republic during a briefing on the status of US forces in the Middle East in the White House Situation Room, the New York Times reported on Thursday.

The US President reportedly directly informed acting Defense Secretary Patrick Shanahan that he did not want to see a conflict between the two countries.

© AFP 2021 / US NAVY
US Okayed to Deploy Its Military in Gulf States Amid Iran Row - Reports
This news came as the president has sought to publicly dismiss reports of infighting among his staff, including national security adviser John Bolton.

President Donald Trump said Thursday that he hopes the US is not on a path to war with Iran and insisted he wasn’t gunning for a military conflict.

“I hope not,” the president responded when asked by a reporter outside the White House if the US was going to war with Iran, New York Post reported.