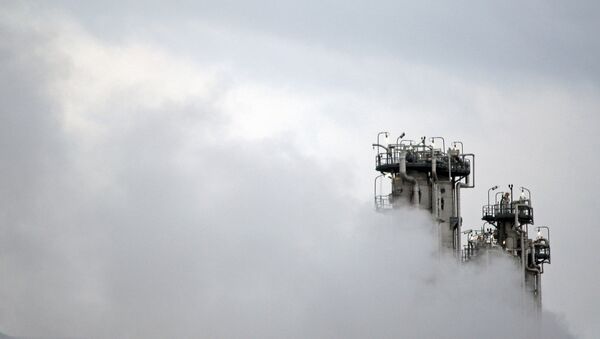 The statement comes after the United States deployed an aircraft carrier strike group and a bomber task force to the Persian Gulf last week in what White House National Security Adviser John Bolton described as an "unmistakable" message to Iran that any attack on US or allied interests would be met with "unrelenting force".

Iran remains committed to its obligations under the Joint Comprehensive Plan of Action, also known as the 2015 nuclear deal, in the face of the unilateral US pullout from the agreement last May, Foreign Minister Mohammad Javad Zarif said on Thursday, calling the re-imposition of anti-Tehran sanctions "unacceptable".

"We believe that escalation by the United States is unacceptable and uncalled for. We exercise maximum restraint in spite of the fact that the United States withdrew from [the] JCPOA last May", Zarif said in Tokyo where he is holding talks with his Japanese counterpart.

In a Thursday interview with the Japanese broadcaster NHK, Iran's top diplomat said that US President Donald Trump was wrong to think that Tehran would soon return to the negotiating table.

READ MORE: France Has Not Beefed Up Patrols in Persian Gulf Amid Iran Tensions — Army Chief

The remarks by Zarif come shortly after Trump tweeted that he's convinced that Tehran "will want to talk soon" about its nuclear programme, and denied reports of the Pentagon's plans to deploy 120,000 American troops to the Middle East if Iran accelerates its nuclear weapons development.

World
US Fundamentally Does Not Seek War With Iran - Pompeo
Tensions between Tehran and Washington took a new turn last week after the US boosted its military presence in the Persian Gulf with the USS Abraham Lincoln aircraft carrier strike group and a bomber task force to send a "clear and unmistakable message" to Iran.

While emphasising that Washington was not "seeking war" with Iran, White House National Security Adviser John Bolton said that it is fully prepared to "respond to any attack, whether by proxy, the Islamic Revolutionary Guard Corps, or regular Iranian forces".

Tehran, for its part, brushed off allegations that it poses a threat to Washington as "fake intelligence", with Zarif insisting that the Trump administration was dragging the US into a conflict with Iran.

The developments followed an announcement by Iranian President Hassan Rouhani that Tehran would discontinue some of its obligations under the nuclear deal, having given the five remaining signatories — France, the UK, Russia, China, and Germany — a 60-day deadline to take measures towards ensuring the country's interests amid US sanctions.

Otherwise, Rouhani pointed out, Iran would resume higher uranium enrichment; he, however, stressed that the country has no intention of withdrawing from the deal.

The stark warning was made on the first anniversary of Washington's exit from the JCPOA, under which Iran curbed its uranium enrichment capacity and maintained the peaceful nature of its programme, having won sanctions relief in return.