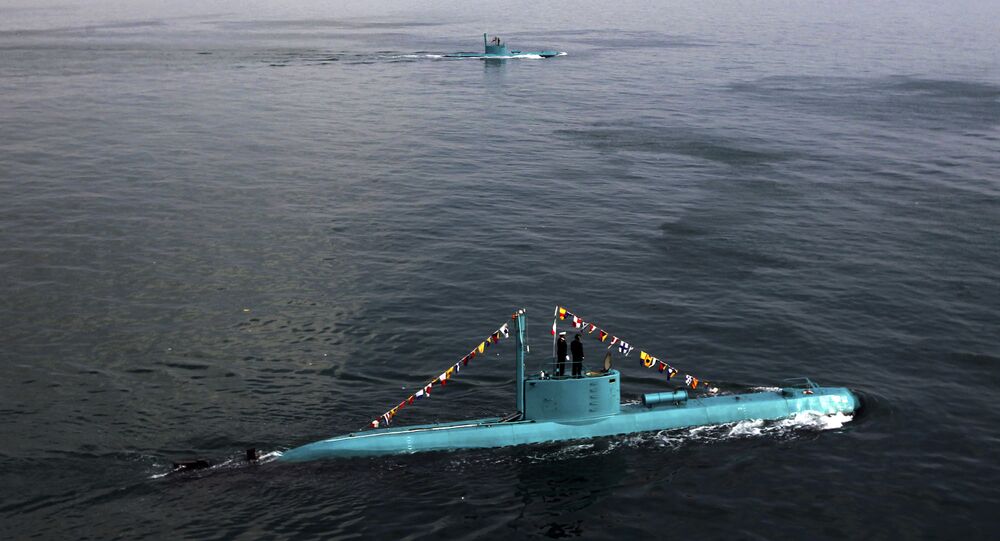 Four ships, including two Saudi oil tankers, were targeted off the United Arab Emirates, said the two countries on Sunday and Monday, without further details on the circumstances or suspected perpetrators. The Saudis have denounced an attempt to jeopardise the security of global oil deliveries.

A spokesperson for the current Chief of Staff of the French Army has said that Paris has not increased surveillance in the Persian Gulf as far as he is aware.

The spokesman, Colonel Patrick Steiger, said at a press conference at the Ministry of Defence that no conclusion had been reached about the alleged sabotage operations against Saudi and Emirati ships in the Gulf.

© AP Photo / Vahid Salemi
Recent US Concern Over Iran Caused by Pics of Missiles in Persian Gulf – Reports
According to Steiger, French experts are currently involved in an investigation into the alleged operations.

The statement comes as photos of Iranian missiles on small boats in the Persian Gulf emerged stoking concerns that the Islamic Revolutionary Guards Corps would fire them at US naval ships.

The State Department on Wednesday ordered a partial evacuation of the United States Embassy in Baghdad and a consulate in Iraqi Kurdistan amid tensions in the region.

© CC0
Germany, Netherlands Halt Iraq Missions as US Puts Forces on 'HIGH ALERT'
The move was followed by Germany's decision to halt its participation in the Iraqi military training programme due to heightened tensions in the region.
Echoing the move, the Netherlands also suspended its mission in Iraq citing the security threat.