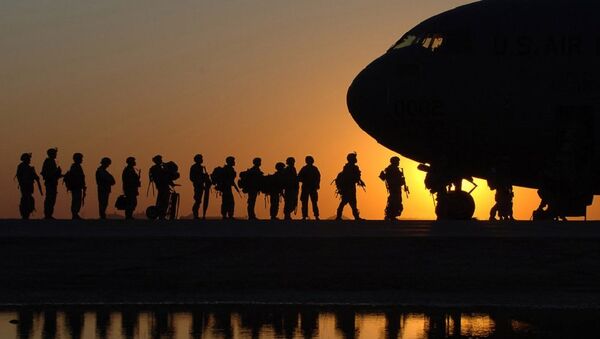 CC0 / /
Subscribe
International
India
Africa
Earlier in the day, the US State Department ordered that all American government officials not dealing with emergencies leave Iraq, the US Embassy in Baghdad said in a statement.

Germany is suspending its participation in the Iraqi military training programme due to heightened tensions in the region, Deutsche Presse-Agentur GmbH (DPA) reported citing military sources.

A spokesman for the Defence Ministry has confirmed this information, saying that Germany has no indications of potential attacks allegedly supported by Iran. But this does not mean the training programmes could not resume in the coming days, the spokesman added.

There are currently 160 German military servicemen in Iraq.

The Netherlands have joined Germany in suspending its mission in Iraq due to the security threat, according to the ANP News Agency.

The statement comes a day after the US Central Command announced that US forces in Iraq and Syria had been placed on "high alert" following "credible threats from Iranian forces" in the region.

US-Led Coalition on ‘High Alert’ Over Possible Threats to US Forces in Iraq
The United States said earlier in May it was deploying the USS Abraham Lincoln Carrier Strike Group and a bomber task force near Iran to send "a clear and unmistakable message" to Tehran. Last week, Acting US Defence Secretary Patrick Shanahan approved the deployment of the Patriot missile defence system and USS Arlington (LPD-24) to the Middle East.

Last fall, the United States closed its consulate in the Iraqi city of Basra, citing threats from Iran. Washington has also accused Iran of attacking the US Consulate and Embassy in the Iraqi capital of Baghdad.