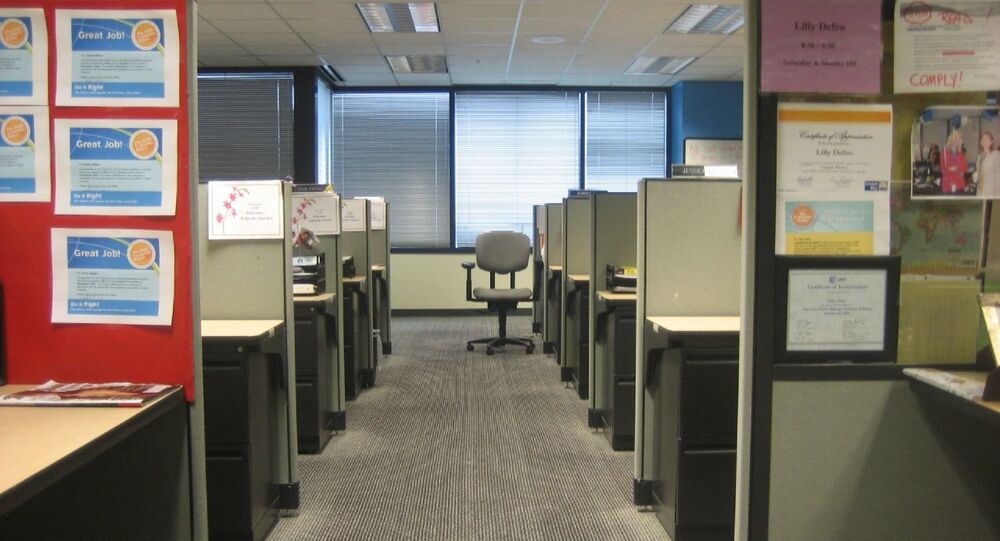 WASHINGTON (Sputnik) - A resident of Lima, Peru, pleaded guilty to extorting Spanish-speaking victims in the United States from call centres that fabricated charges on bogus invoices and demanded payment, the US Department of Justice and Postal Inspection Service said in a joint press release on Wednesday.

"Omar Portocarrero Caceres, 39, was extradited from Peru in April and pleaded guilty in the US District Court for the Southern District of Florida", the release said. "The charges against Portocarrero allege that he owned and operated a call center in Peru that falsely told Spanish-speaking victims across the United States that they had incurred debts and would suffer various consequences for failure to pay off the debts that they did not, in fact, owe".

Portocarrero and his co-conspirators in Peru contacted US consumers, many of whom were elderly and vulnerable, using Internet-based telephone calls, the release said.

© AP Photo / J. David Ake
US Arrests 20 People Over $250Mln International Call Center Scam - Justice Dep't
Claiming to be attorneys and government representatives, the callers falsely threatened victims with lawsuits, negative marks on their credit reports, imprisonment or immigration consequences if they did not immediately pay up, the release said.

Portocarrero is the second defendant to plead guilty in connection with the scheme, the release noted.

In addition, three of his co-defendants have been detained pending trial before US District Court Judge Roy Altman, with the trial to begin 10 June, according to the release.