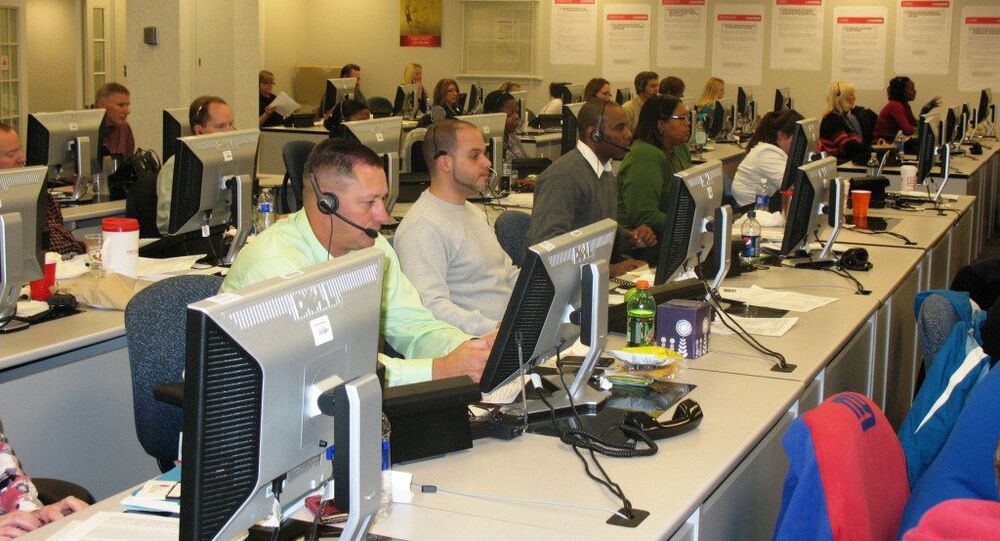 Artificial intelligence that is able to help humans read emotional cues, such as the Cogita program being trialed by US call center workers, is a useful tool in many ways but ultimately human judgment is indispensable, Peter Robinson, Professor of Computer Technology at the University of Cambridge, told Radio Sputnik.

Call centers in the US are getting help from AI software that coaches them to better communicate with customers by tipping them off to verbal cues.

The software, produced by Boston-based Cogito, assesses the dynamics of a conversation and uses a display on the edge of the call operator's screen to give them advice about how to handle the call.

Peter Robinson, Professor of Computer Technology at the University of Cambridge, told Radio Sputnik that the program examines four areas of speech: interruptions, the tone and speed of speech and tension in the voice.

"Silences are uncomfortable. If you're talking over the other person, that's uncomfortable. So it can warn you if you're getting either silences or overlaps. It can measure tension, you get that in the energy of the voice. If they start shouting then you probably need to be a bit careful about how you respond to them," Robinson said.

"If you speak too fast it can upset the other person, or if you're speaking too slowly you can sound patronizing."

"It just flashes up indicators if you're drifting outside normal conversational boundaries."

The Cogito team hasn't released details of how the product works, but a lot of similar systems use "machine learning" to teach the AI how to work.

"You play the computer lots of examples, and it learns from them what the characteristics are, we're building up bigger and bigger collections of training data and the more data the computer can learn from, the better it gets."

© Photo : Pixabay
Wearable Tech Means You'll Never Miss a Social Cue Again
The software may be used in all sorts of situations, including measures to help public security. However, its conclusions should be taken as a hint rather than an instruction, Robinson said.

"You can be having two different mental states that give rise to very similar voice tones and you've got to be very careful that this sort of analysis from a computer isn't an exact number you'd expect to get out of a computer, it's a hint really."

"Some people just have very different ways of speaking. New Yorkers speak very quickly naturally, and Californians are a bit more laid-back. So you have to understand a social context as well. That means, when it comes to security, you can't just say, 'oh dear, this person is nervous, they must be a terrorist,' because a lot of people are nervous when going through airport security for all sorts of other reasons."

One of the most important consequences of the Cogito software is an improvement in morale levels among call center workers.

"This actually seems to help call center operators engage with the work more. The most interesting statistic out of Cogito is that it's giving something like a 60 percent improvement in employee satisfaction in the call center."

© Flickr / Jonathan Gross
Robot That Can Write a Symphony: AI Device Composes Tailor-Made Music
"The actual improvement in satisfactory resolution of calls coming in has only fractionally increased, by about six percent, but the workers are happier."

Robinson concluded that the software is a useful tool to help communication, but users must remember to put its findings into context.

"The difficulty is that people will think, 'the computer says this, it must be right,' and that's what we mustn't do."

"But also, you can think of great social advantages. You can think of people with autism spectrum conditions, perhaps one percent of the population, who really have difficulties in understanding these social signals. You could imagine them having a headset that is sort of like an emotional hearing aid, it would listening to the tone of the voice of the person speaking to them, and giving them hints if that person was getting upset."

Belgian Gov't to Purchase Software to Track Down Terrorists in Internet