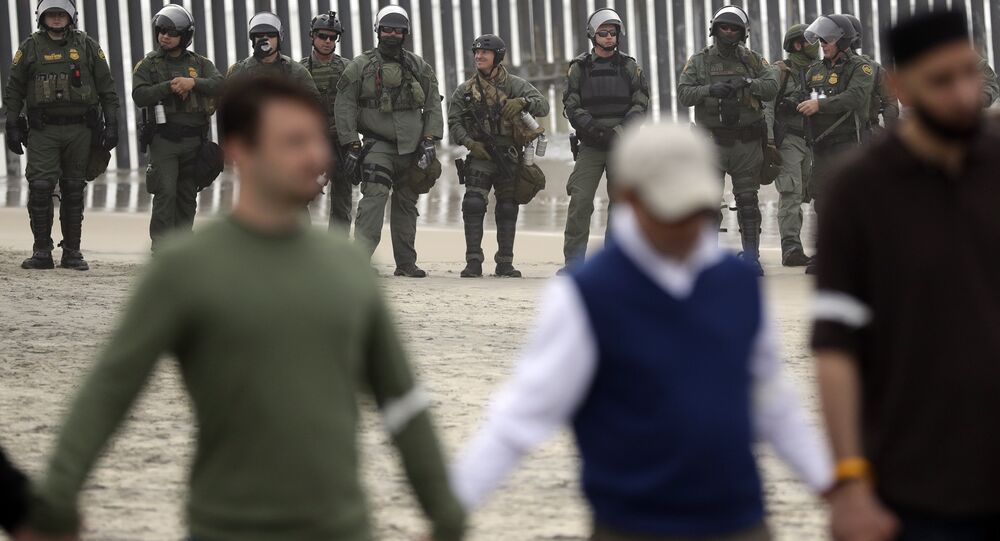 President Donald Trump has derided the US asylum programme as a "scam" and suggested that immigrants from Central American countries who make it into the United States cause crime and stir up violence.

"The asylum programme is a scam," Trump said in an hour-long speech, addressing the Republican Jewish Coalition in Las Vegas, Nevada. "Some of the roughest people you've ever seen. People that look like they should be fighting for the UFC," he added, triggering a round of laughter from the audience.

POTUS went on to claim that lawyers coach asylum seekers on what to say in order to be let into the United States.

"They read a little page given by lawyers that are all over the place — you know lawyers, they tell them what to say. You look at this guy, you say, wow, 'that's a tough cookie'," Trump said.

READ MORE: Trump Says He Can Close US-Mexico Border in ‘a Day’

The US president, who has been seeking a border wall with Mexico to stem undocumented immigration, also did a little impersonation of a hypothetical immigrant holding an imaginary "instruction": "I am very fearful for my life, I am very worried that I will be accosted if I'm sent back home."

Last week, Trump cut all US federal aid money to El Salvador, Honduras and Guatemala — the three Central American countries that have been the major sources of the so-called "migrant caravans" since last October.

He stood by his decision in the Las Vegas speech, explaining that it came because the authorities of these countries had failed to stop the flow of migrants.

"The Democrats say, 'how dare you do that, that money is used for all this good!'" Trump said. "But no it's not, it's largely stolen."

The president insists that illegal immigration stirs violence and the drug trade in the United States, but faces a backlash from opponents from the other side of the aisle, who claim that his comments on immigrants and his border wall proposal are about politics, not security, and are meant to galvanise his supporters.

Last month, Trump unveiled a 2020 fiscal year budget which would allocate, if approved by Congress, some $8.6 billion for the construction of a border wall with Mexico under the national emergency state.

He declared a controversial national emergency in February over what he called a "humanitarian crisis" at the US southern border. Trump used his emergency powers to bypass congressmen who had earlier failed to meet his demands for over $5 billion in funding for his cherished border wall.

Congress has issued a resolution to block Trump's declaration, but he swiftly vetoed it. "Congress' vote to deny the crisis on the southern border is a vote against reality," he said.