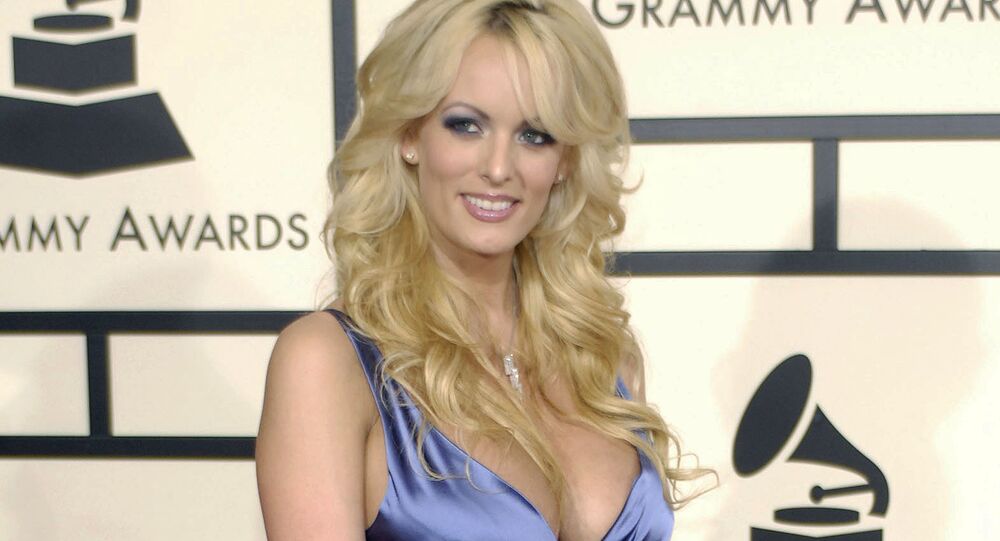 Addressing the potential impact from the exposure of her alleged affair with US President Donald Trump on his 2020 re-election, Stormy Daniels, whose real name is Stephanie Clifford, said that "His own dishonesty will do him in. And I was just the one that flipped the light switch”.

The former adult film actress then intrigued the public by saying that she may be ready for more legal fights, since she has hired a new lawyer, Clark Brewster.

"I have a new attorney. The details will be coming out very soon. And… my new attorney, you know, said today, 'Things about to get real interesting'".

I have retained Clark Brewster as my personal lawyer and have asked him and his firm to review all legal matters involving me. Upon completion of Mr. Brewster's review and further consultation with me, I anticipate Mr. Brewster will serve as my primary counsel on all legal issues

Shortly after, her former attorney Michael Avenatti, who led her case against Trump, with whom she allegedly had a liaison back in 2006-2007, issued his own statement on the split:

“On February 19, we informed Stormy Daniels in writing that we were terminating our legal representation of her for various reasons that we cannot disclose publicly due to the attorney-client privilege. This was not a decision we made lightly and it came only after lengthy discussion, thought and deliberation, as well as consultation with other professionals. We wish Stormy all the best”.

The announcements come just five days after a federal judge in Los Angeles dismissed the lawsuit in which Daniels had sought to end the non-disclosure agreement she signed in 2016 after Trump’s then-lawyer Michael Cohen paid her $130,000 to stay silent on the alleged romance with Trump.

Still, Daniels sees it as a victory, because she wanted the agreement to be either ruled invalid, or illegal. She filed an additional suit that accused Trump of defamation when he dismissed her claim that a man had threatened her into staying quiet about the alleged affair as a “total con job”.

“I lost that case. It’s been proven that I didn’t lie, so I think we’re gonna try that one again”.

The White House has consistently denied Daniels’ claims that Trump was engaged in any kind of relations with the adult movie actress.