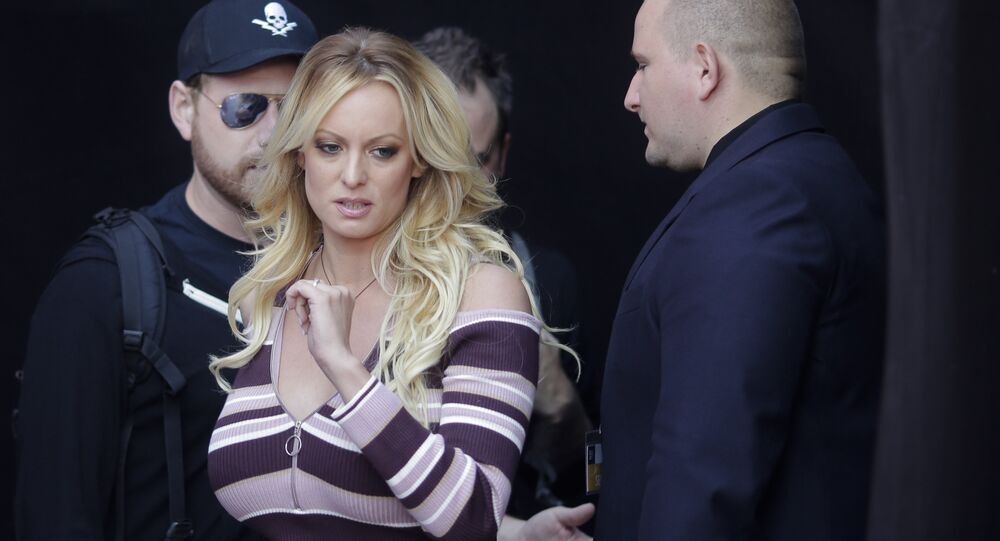 Stormy Daniels entered the media limelight after she claimed that she had been engaged in an affair with US President Donald Trump in 2006-2007. The White House denied Daniels' allegations and accused her of lying.

In July last year, three undercover vice officers arrested Daniels over three accounts of violating Ohio strip club laws, which prohibit nude or semi-nude dancers from touching patrons. The adult film star claims that her arrest was pre-planned by the officers and was "done for political purposes". Daniels insists that the officers were supporters of US President Donald Trump, with whom she has been engaged in legal wrangling.

Many twitterians considered her new lawsuit to merely be an attempt at drawing fresh attention to her persona.

She had her 15 minutes, now please go away.

Some argued that her arrest had actually helped her in that regard and didn't damage her reputation.

Not sure being arrested could do any damage to her reputation. Might actually help it.

Numerous netizens suggested that Daniels is in need of those $2 million to pay her legal bills after confronting Trump's lawyers, or even to pay Trump himself.

This woman has shown her true colors. All she wants is money. She need money pay off previous lawsuits she lost against trump.. https://t.co/ivgVLVTX9o say gold digger

Although some Twitter users supported her claims that the July 2018 arrest was politically motivated.

Because it definitely was

I remember this incident. I'm glad she filed against them.

Stormy Daniels drew public attention in 2018 after she claimed that she had had an affair with Trump and that she was paid $130,000 in hush money by his lawyer Michael Cohen to keep silent about it. In March 2018, she initiated a lawsuit to contest the non-disclosure agreement. The White House rejected Daniels' claims, calling them false.