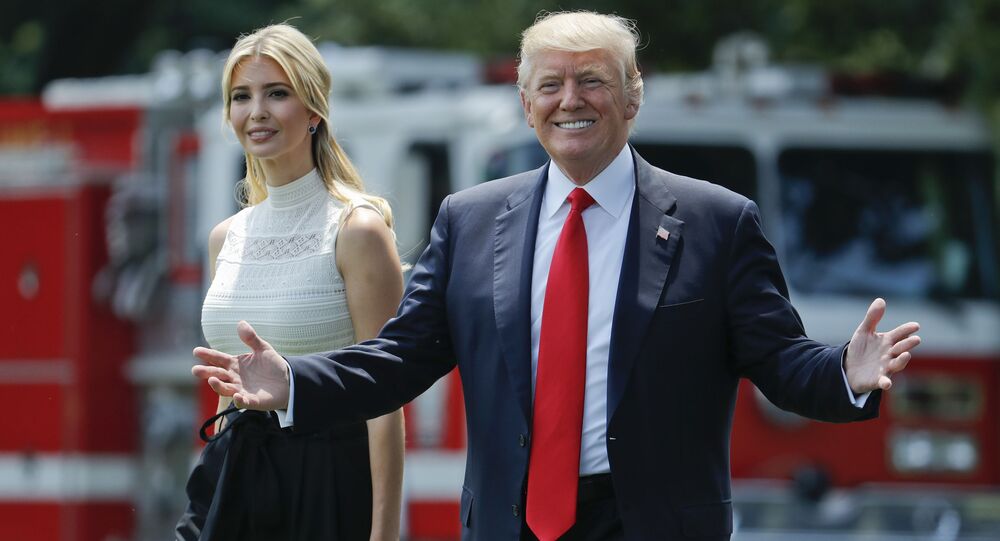 This comes after the New York Times reported last Thursday that in 2018, US President Donald Trump ordered his then-chief of staff John Kelly to grant security clearance to his son-in-law, White House senior adviser Jared Kushner.

US President Donald Trump intervened to secure clearance for his daughter and senior adviser Ivanka Trump last year, CNN cited three sources familiar with the matter as saying on Tuesday.

White House press secretary Sarah Huckabee refused to comment on the matter, adding that the White House “cannot respond to every anonymous source”.

The developments come after the New York Times reported last week that in 2018, Trump ordered his then-chief of staff John Kelly to upgrade Trump’s son-in-law and senior adviser Jared Kushner to a top-secret security clearance despite the concerns of the intelligence community.

In an interview with the New York Times in January, Trump denied any involvement in helping secure the top-level clearance for Kushner, a stance that was echoed by his daughter.

“There were anonymous leaks about there being issues. But the president had no involvement pertaining to my clearance or my husband’s clearance, zero”, Ivanka Trump told ABC News in February.

© AFP 2020 / Brendan SMIALOWSKI
Trump Became 'Wary' of Kushner After He Failed to Help End Shutdown – Report
Earlier, NBC News quoted unnamed sources as saying that White House security specialists had rejected Kushner's application for a top-secret clearance after an FBI background check raised concerns about potential foreign influence on him, but that they were overruled by their supervisor.

The sources argued that Kushner sought to obtain the highest security clearance level to access the so-called sensitive compartmented information (SCI), which is the most classified type of data in the United States, but needed to get a lower, top secret clearance first.