WASHINGTON (Sputnik) - US Congressmen in a letter urged Secretary of State Mike Pompeo to take action in the wake of reports of election fraud in Bangladesh.

The lawmakers cited violence, mass arrests and a crackdown on free speech in the campaign leading up to the election as well as reported voter suppression and election fraud as threats to democratic institutions that need to be addressed.

The voting irregularities in Bangladesh, the lawmakers added, also threaten US security interests in the Indo-Pacific region. The lawmakers, in the letter, did not explain this correlation. US House Representatives Eliot Engel, Michael McCaul, Brad Sherman, Ted Yoho, Andy Levin and Ann Wagner co-signed the letter.

Kamal Hossain, the leader of Bangladesh's Jatiya Oikya Front opposition alliance, has stated that the Bangladeshi opposition did not recognize the election's results and requested to hold another vote. 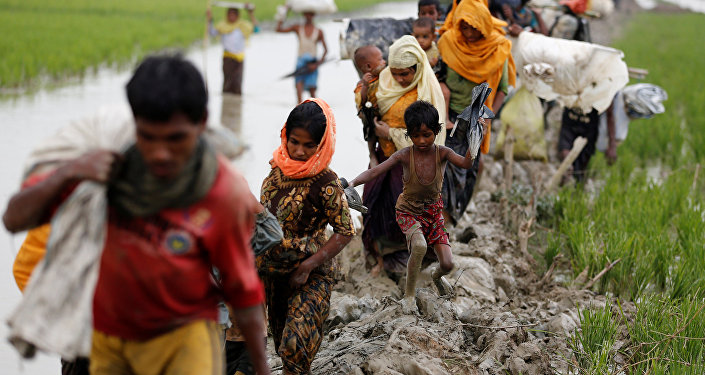 The country's parliamentary election sparked protests, during which at least 17 people were reportedly killed and over 60 others were injured.

The clashes between representatives of various political forces were recorded in the Bangladeshi cities of Chittagong, Comilla, Dinajpur, Rajshahi and Rangamati. As many as nine people have been detained in connection with violent rallies, according to local media reports.