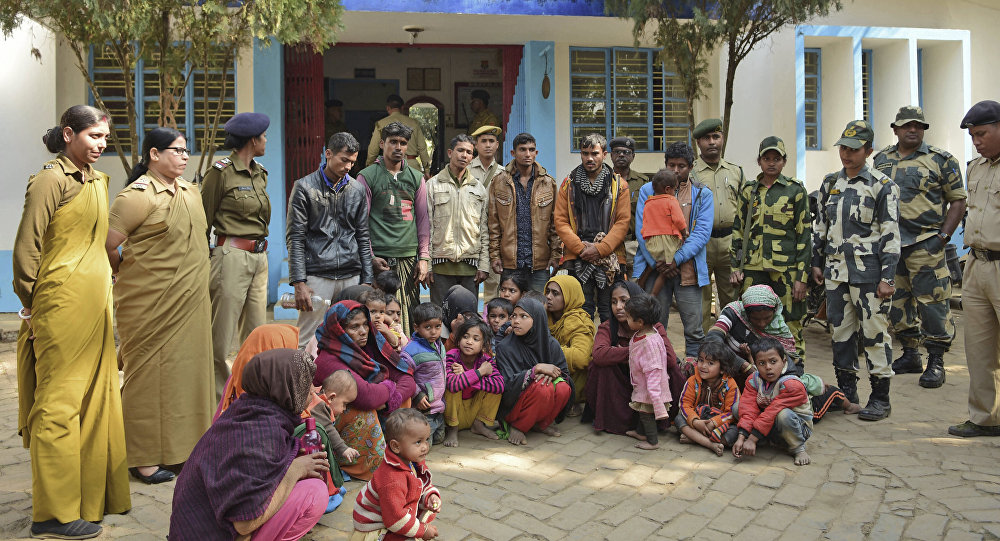 Bangladeshi Foreign Minister Abulkalam Abdul Momen, who is currently on his first state visit to India, made the request during his meeting with Indian Prime Minister Narendra Modi on Thursday.

The government of Bangladesh has urged India to intervene in the Rohingya refugee crisis by directly asking Naypyidaw to take back its refugees and lessen the burden on Dhaka, according to Indian news portal The Print.

"One of the main reasons behind Bangladeshi Foreign Minister Abdul Momen's early visit to India, immediately after coming to power, is that Bangladesh cannot accommodate any more Rohingyas and wants its neighbours such as India and China to now open up their borders", The Print reported, citing sources.

© Sputnik / Shahnewaz Khan
China Ready to Help Bangladesh in Rohingya Repatriation – Foreign Minister
Around a million people belonging to the Rohingya community are living in various camps in Bangladesh after they fled Myanmar's Rakhine state to escape alleged persecution by the military in the midst of a civil war that escalated in 2017.

"While thanking Prime Minister Modi for India's humanitarian assistance to Rohingyas, Bangladesh Foreign Minister requested India's support for early repatriation of the Rohingyas to the Rakhine State of Myanmar. Prime Minister Modi reiterated that India is always with Bangladesh and assured of India's cooperation in this regard", a statement by the Bangladeshi Ministry of Foreign Affairs reads.

Bangladesh's Foreign Minister Abulkalam Abdul Momen is on a three-day visit to India to attend the 5th meeting of the India-Bangladesh Joint Consultative Commission.