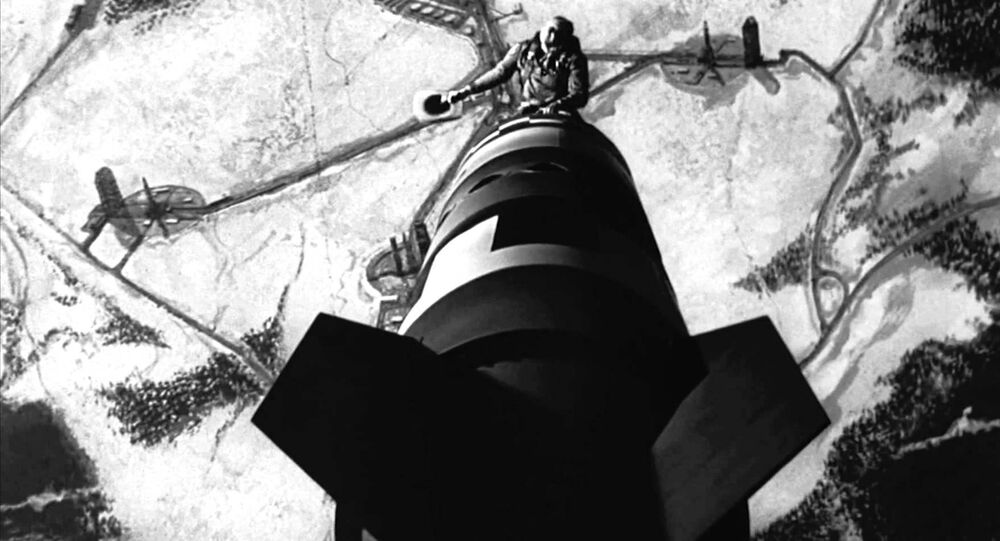 The United States Strategic Command (Stratcom) ‒ a nuclear-capable branch of the US military ‒ tweeted an ominous video message on the eve of 2019 that seemed to threaten to bomb Times Square, sending Twitter into one final frenzy before the brain boggler that was 2018 finally culminates.

The tweet was deleted hours later but can still be viewed here. Stratcom offered an apology after taking it down, tweeting "Our previous NYE tweet was in poor taste & does not reflect our values. We apologize. We are dedicated to the security of America & allies."

In the tweet, Stratcom noted the traditional way of seeing out the year with the dropping of a massive ball in Times Square, New York. The "tradition rings in the #NewYear by dropping the big ball…if ever needed, we are #ready to drop something much, much bigger," Stratcom said, encouraging Twitter users to watch the video attached to the tweet "to the end!"

The video features a Northrop Grumman B-2 Spirit Stealth Bomber deploying large, conventional bombs on various targets while percussion-heavy music plays in the background. The words "STEALTH," "READY" and "LETHAL" flash on the screen.

"Military Twitter accounts increasingly being run by call of duty forum posters," one Twitter user responded. "Weird flex but okay," another replied. "More signs of a nation completely obsessed with death, war and military might," journalist Tim Shorrock commented. Journalist Chris Hooks said that US Strategic Air Command and Stratcom have "historically been the province of psychopaths since old boy LeMay, but the most alarming thing about stuff like this is that they don't understand how deranged they sound."

Jeff Schogol, a Pentagon reporter for the US military veteran publication Task & Purpose, responded to the video with the words from Vera Lynn's World War II-era song "We'll Meet Again," which was later popularized in part by the 1964 Stanley Kubrick film "Dr. Strangelove or: How I Learned to Stop Worrying and Love the Bomb."

The story of "Dr. Strangelove" snowballs out of control as the fictional United States Air Force Brigadier General Jack D. Ripper usurps command and orders B-52 bomber pilots to drop hydrogen bombs on a number of targets in Russia.

Ripper, who is psychotic and obsessed with a conspiracy theory that the Soviet communists are adding fluoride to Americans' drinking water in order to pollute their "precious bodily fluids," kills himself so that his superiors cannot torture him until he gives up the codes required to order the return of the pilots.

In the film, the Soviets had a deterrent — the Doomsday Machine — that would destroy the world if Russia was struck. But it had not yet been unveiled, rending its deterrent capabilities non-existent. The film ends with an overzealous American waving his cowboy hat through the air as he rides a hydrogen bomb to its descent on Russia, which engages the Doomsday Machine and destroys the world.

Joseph Cirincione, the author of three books on nuclear weapons, including "Nuclear Nightmares: Securing the World Before It Is Too Late," tweeted, "At first, I did not believe this could be real. But it is. It is an industry ad doubling as a sick, bragging joke by our Strategic Command. Disgraceful."

If President Donald Trump's first year in office is any indication, 2018 will have been a wild ride for recipients of US bombs. Sputnik previously reported that during Trump's first year in office, the US averaged 121 bombs dropped per day, compared to 345 per day under President Barack Obama and 24 each day under George W. Bush. Meanwhile, the US military dropped more bombs on Afghanistan in 2018 than any every other year on record.