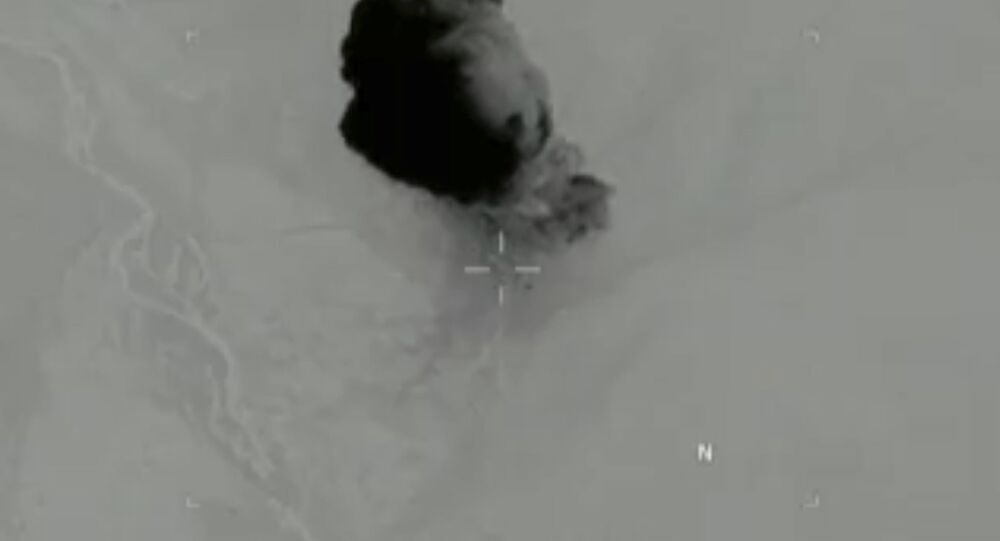 The US is dropping more bombs on Afghanistan in 2018 than it has in any other year on record, new Air Force data shows.

United States Air Forces Central Command has been publishing munitions data regularly since 2006, but comprehensive records are only available on their website dating back to 2009. Second to 2018, 2011 saw the most bombs dropped, according to the available data.

Sputnik News first reported in June that the US military was outpacing every other year on record in terms of bombs dropped on the country in 2018. With data from October now available, that distinction remains.

That's an increase of more than one-third.

US President Donald Trump aims to push the Taliban into negotiating a peace plan in response to the US' ramped up bombing campaign. On Wednesday, NBC News reported that Trump seeks to withdraw the US from the country prior to the 2020 American elections.

Meanwhile, the US military says it is investigating claims that some 30 civilians were killed by a US strike in Afghanistan's Helmand province earlier in the week.

Despite the Trump administration's bombing spree, the Taliban has continued to make gains in the country.

Sputnik News recently reported that Afghan authorities control or influence a mere 55.5 percent of the country, according to the US Military's Special Inspector General on Afghanistan Reconstruction. That's the lowest figure since the government oversight authority began keeping tabs on areas under Taliban or government control in November 2015.

Daesh Went Underground in Afghanistan, Has Fewer Than 10,000 Fighters - Official