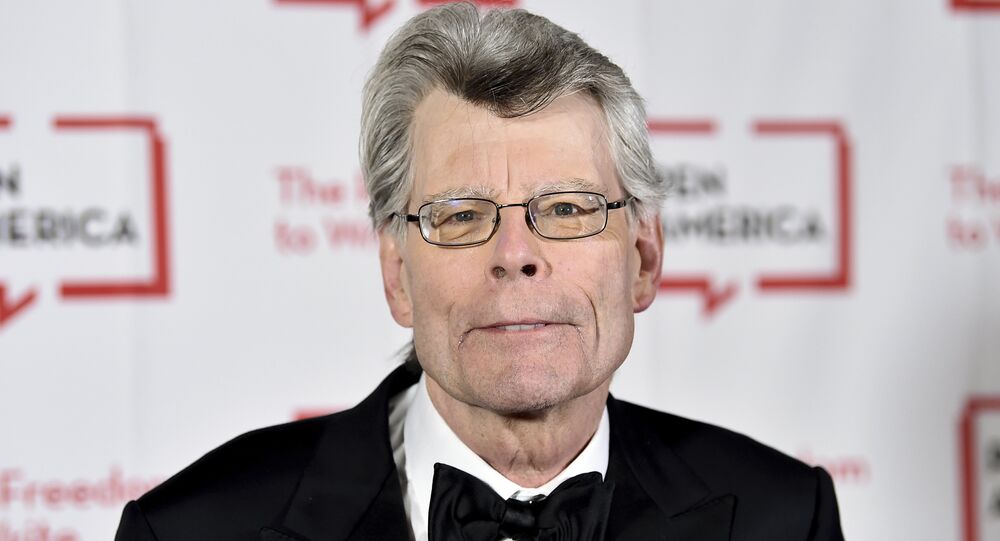 Stephen King, nicknamed the ‘King of Horror', is seemingly trying to pick up the crown of the ‘King of Roast' as he hurled yet another tirade at Donald Trump. This time, his criticism targeted Trump's support for his daughter's personal email use - and a couple of other scandals rocking the White House.

Stephen King, 71, has again lashed out at the US President, a regular target of his Twitter rage. The author accused Donald Trump of 'condoning murder', appointing a 'crooked' attorney general, and defending his daughter, who reportedly used her private email address for government business.

"Trump condones murder, then explains it's okay for his daughter to do what he wanted Hillary Clinton locked up for. Oh, and his AG is a f*cking crook. Impeach," King tweeted.

Trump's alleged ignorant attitude toward murder is an apparent reference to his handling of the Khashoggi case. The POTUS earlier indicated that US intelligence agencies were still continuing to assess the information relating to the murder of the Saudi journo. Trump drew criticism for his failure to publicly condemn the Saudi crown prince, leading his opponents to question whether his business ties with the royal family had do to anything with his posture.

Stephen King's outrage over Ivanka Trump came after a Washington Post report, which claimed that the President's daughter sent hundreds of emails about White House business via personal email, which would be a violation of US federal records rules.

Donald Trump sought to defend Ivanka, claiming that her emails were not classified like it was the case with Hillary Clinton, who was accused back in 2015 of mishandling classified government information when serving as the US Secretary of State.

Moreover, the third target of King's inflammatory tweet, Attorney General Mathew Whitaker, is facing an investigation into his communications with the White House over concerns that they sought to ‘undermine or obstruct' the FBI probe into alleged Russian meddling in the 2016 US vote.

This is yet another verbal attack launched by Stephen King against Donald Trump. The big-name writer has earlier castigated Trump for blasting Admiral McRaven, who orchestrated the killing of Osama bin Laden, and criticizing late Senator John McCain, who he said was called a hero only because he was captured.

Trump’s criticism of McRaven and McCain, his spurious draft exemption, and his failure to visit even one of the “hot zones” where he continues to put American lives at risk—all these things point to a central fact: he’s a chickenshit.