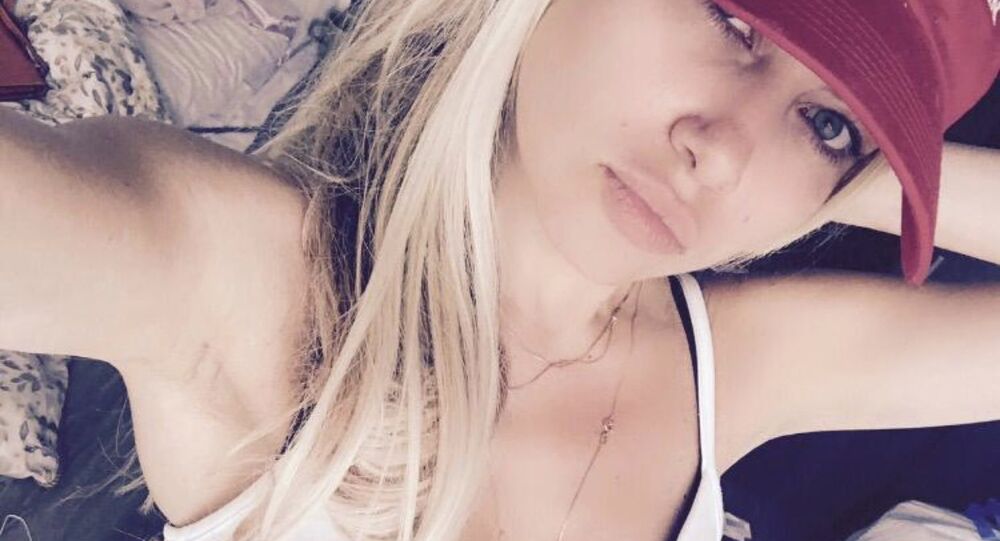 Amid the ongoing probe, Trump’s former adviser George Papadopoulos has come up with a guilty plea and is now hoping to get his sentence delayed.

In an interview with The Daily Caller, Simona Papadopoulos, the wife of former Trump campaign adviser George Papadopoulos, detailed her interaction with special counsel Robert Mueller’s office in the midst of the investigation, and gave her views on her husband’s future. George Papadopoulos was slapped a prison sentence on September 7, but he earlier pleaded guilty to making false statements to the FBI.

That was the funniest shot! Dealing with my mess I found #maga hat… pic.twitter.com/tcP6qhwgLt

I love this picture. Last #july2018… my eyes fish for the camera and my lips for the kiss:) so funny! pic.twitter.com/KyCGNbLFOs

“I never regret doing what I believe in — so in this extent, I don’t regret it. The only thing I will say is that it’s really unfortunate and a disgrace to be confronted with these humans being mean and the nastiness. I mean how people can be so low, how people can wish generally to see you bad and destroyed,” Italian-born Simona told the edition, adding that there are moments when she thinks about her life in Europe, and “I see myself as an accomplished, professional, very well-respected.”

When she came to the United States, she was “reduced to this puppet I’m not, this strange creature that doesn’t reflect at all who I am” she further stated, before summing up that “it is painful.”

"But I never regret to do things I believe in,” she reiterated once more.

Simona, who was questioned by Democrats in the House Intelligence Committee for four hours in a row on ties she had to Russia or the Trump campaign, also complained about having little chance of being legally employed in the US, adding that her parents send her money from Italy.

© Sputnik /
Are More Indictments From the Mueller Investigation Imminent?

During the July interrogation, she was asked about her husband’s alleged contacts with Australian diplomat Alexander Downer on May 10, 2016, who reportedly told him that Russians had got hold of compromising data on the then Democratic presidential candidate Hillary Clinton.

Papadopoulos, a former Trump campaign adviser who pleaded guilty over giving false evidence to the FBI, hopes to delay his 14-day sentence as part of the plea deal. Politico earlier cited Simona as referring to her husband’s decision to collaborate with the special counsel as “a brave choice.”

Special counsel Robert Mueller is fully into the investigation of allegations of collusion between the US president and Russia in the 2016 presidential race. Trump and Russia have repeatedly denied the allegations of collusion, and Russian officials have said that the claims Russia interfered in the US election were made up to excuse the loss of a presidential candidate as well as deflect public attention from actual instances of election fraud and corruption.

Are More Indictments From the Mueller Investigation Imminent?

Bill Protecting Mueller From Being Fired Gets Blocked in Senate