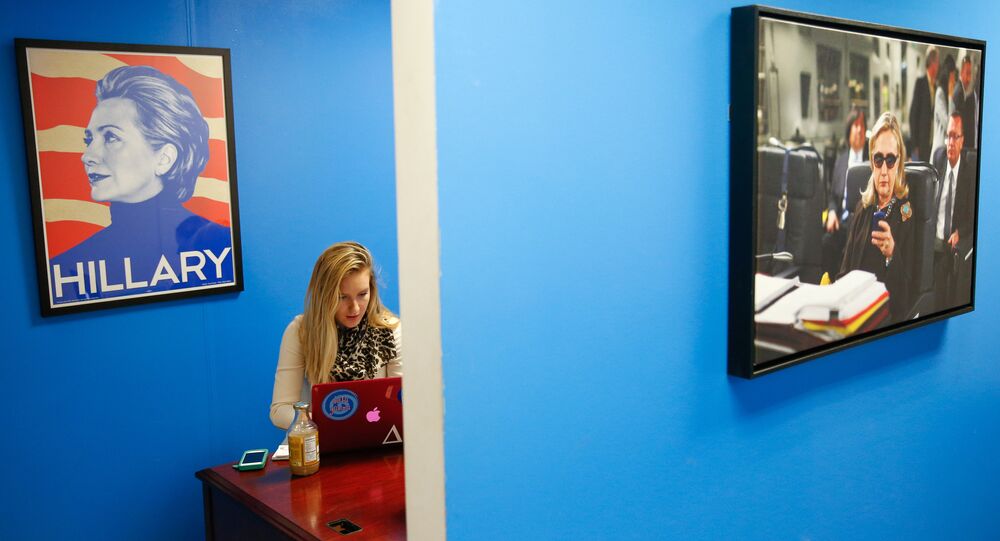 Judicial Watch filed a Freedom of Information Act lawsuit against the State Department earlier this month, requesting access to records related to the special employment status granted to ex-Clinton aide Huma Abedin while Clinton was secretary of state.

US District Court Judge Emmet G. Sullivan has ruled that Mrs. Clinton is obliged to answer two additional questions related to the long-running scandal involving her use of a private email server while she served as secretary of state, Judicial Watch president Tom Fitton has reported.

Secondly, Clinton is asked to "identify the basis" for an apparent discrepancy between her 2015 testimony before the House of Representatives Select Committee on Benghazi, where she indicated that 90-95 percent of her emails were on a government server, and later revelations that over 30,000 emails and attachments from during her 2009-2013 tenure as secretary of state were actually held on a private server in her house.

© REUTERS / Jim Bourg
'Judgement Day' Nears: Analyst on Why Clinton May Finally End Up Behind Bars
The court upheld Clinton's right not to answer a question about why she continued to use her Blackberry mobile device despite warnings from State Department security personnel not to do so.

Judicial Watch filed the Freedom of Information Act lawsuit against Clinton and members of her staff, including former deputy chief of staff Huma Abedin, following revelations that the aide was granted "special government employee" designation, allowing her to accept outside employment while working at the White House.

In addition to security concerns, including fears that Clinton's server may have been hacked by foreign state actors, the email server issue has led to questions about why Clinton felt the need to keep her communications private. In 2017, new documents turned over to Judicial Watch by the State Department revealed examples of 'pay to play' politics at the Clinton state department, including donations to the Clinton Foundation which appeared to have been made in exchange for things like government appointments, policy positions, and government contracts.

In March 2016, WikiLeaks set up a searchable archive of over 30,000 emails and email attachments sent to and from Clinton's private email server while she was secretary of state, with new documents added in early 2018.