The landmark award, although currently “tarnished,” according to much of the general public, was handed to recipients over the weekend, marking Veterans, or Remembrance Day, with the latter commemorating fallen soldiers in deadly 20th century wars.

Former US President George W. Bush and his wife, Laura, have been awarded the National Constitution Center’s prestigious Liberty medal amid raging protests from military veterans, whom the medal has much to do with, as it is awarded to those with a strong commitment to assist veterans.

“I am incredibly proud along with Laura to receive the Liberty Medal and I thank the National Constitution Center and its board for this high honour,” Bush said Sunday after receiving the award in Philadelphia.

Former Vice President Joe Biden, who handed out the medals, stressed that the awards are not politically motivated, since "it is not about Democrats or Republicans." "It’s about who we are. It’s about standing up for men and women who put their lives on the line to defend us every single day," he continued to say.

The Bushes received the medal on Veterans Day, which in Europe is known as Armistice Day, which this year, commemorates the centennial anniversary of the ceasefire that ended World War One. And the timing, as well as the fact itself, was immediately picked up on by veterans, and the politicized part of the Twitterati.

A group of veterans blocked the entrance to the National Constitution Center, protesting the irony that Bush was given a medal that is supposed to go to leaders "who have strived to secure the blessings of liberty to people around the globe." 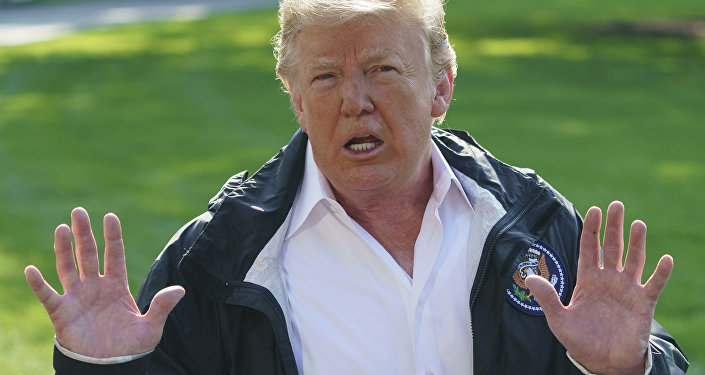 Activists from Veterans Against The War, a group of post-9/11 service members and veterans, rallied near the Arch Street entrance between 5th and 6th Street, chanting, “No awards for endless wars.”

Separately, many commenters brought up America’s not so distant past, recalling the terrorist attacks on September 11, 2001, in the wake of which the US, led at the time by then President Bush, kicked off a large-scale and still ongoing war in Afghanistan, and later invaded Iraq. The wars have reportedly killed over one million people.

“Protesting Joe Biden giving the war criminal the Obama administration didn't prosecute, George W Bush, the #LibertyMedal — Thus rendering this award a useless piece of crap to whoever holds one,” one stated, with another one chiming in:

“Look at all the criminals who have received this award!”

Bushes receive Liberty Award
LoL What a joke
Look at all the criminals who have received this awardhttps://t.co/cX5RZMacmVhttps://t.co/ZIqvn5ktBM

Part of the problem is that political “titans” like the Bushes keep getting awards for things they don’t deserve. An award for veterans who served in a war we should never have started-based on lies — invading a country that is still in chaos, even after millions dead or injured

The Liberty medal “has now tarnished,” another noted resolutely:

"It's a pretty safe bet that no one on the Constitution Center's panel that selected the Bushes for the now-tarnished Liberty Medal consulted with… https://t.co/mdN023JE6R

@jgambardello Hi Joe…Re: The Bushes getting the Liberty Medal. THIS is the best the committee can do? Arguably the worst president in our history, lied about WOMD, we are STILL fighting his wars, Katrina, 9/11…C'mon. How about an article challenging the decision…