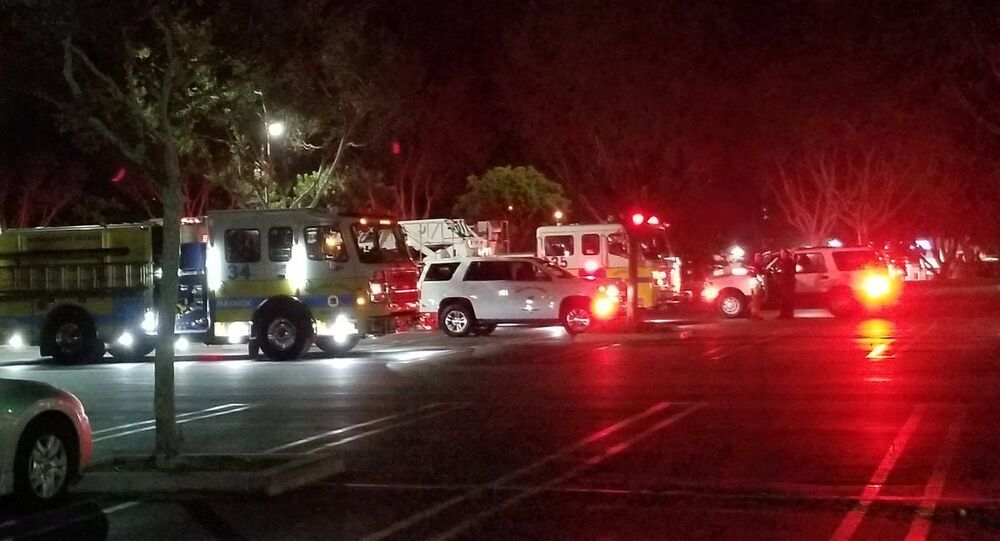 Another Deadly Shooting: All We Know About California Gunman So Far

At least twelve people were killed and up to twenty more wounded after a man opened fire with a semi-automatic gun at the Borderline Bar & Grill in Thousand Oaks, a suburb of Los Angeles, California.

CBS has cited Ventura County Sheriff Geoff Dean as saying that the man, who went on deadly shooting spree at a bar near Los Angeles, has been identified as 28-year-old Ian David Long, a US Marine Corp. veteran with PTSD. His motive for the shooting has yet to be determined, according to Dean.

Media reports said that the gunman threw smoke bombs when he entered the bar, apparently to cause confusion before shooting at random opening fire with a 45-caliber handgun. Dean, however, said that after the bomb squad was called in, they found no such devices there.

CBS L.A. quoted the father of one patron as saying that his daughter told him that the gunman — over six feet and dressed in dark clothing — "knew what he was doing" and that he arrived in the bar "with a purpose."

Other witnesses told CBS that the Borderline Bar and Grill in Thousand Oaks was filled with college students when the gunman, with a scarf on his face, shot the bouncer at the front door and then started to fire multiple rounds.

John's stepdad Tim, in turn said that the gunman "reloaded and then just kept on popping them off."

"There were just young people like young, 18, 19, 20 just having a great time. And this maniac came in and started shooting at people. For no reason at all," Tim added.

While some witnesses told CNN that the gunman allegedly used a short-barrelled shotgun, others claimed that he carried a "smaller-calibre handgun with a light or laser attached to the bottom of it".

© AP Photo / Mark J. Terrill
Top Five Major Shooting Incidents in Recent California History
The L.A. Times, in turn, cited a local law enforcement official as saying on condition of anonymity that the shooter allegedly drove his mother's car to the crime scene, and that he said nothing before opening fire.

At least 12 people,  including a police officer, have been killed, after a gunman opened fire at the Borderline Bar & Grill in Thousand Oaks  about 40 miles (65 kilometers) north-west of Los Angeles at 23:20 local time on Wednesday. Police said that the suspect was found dead inside the bar amid reports that he took his own life.