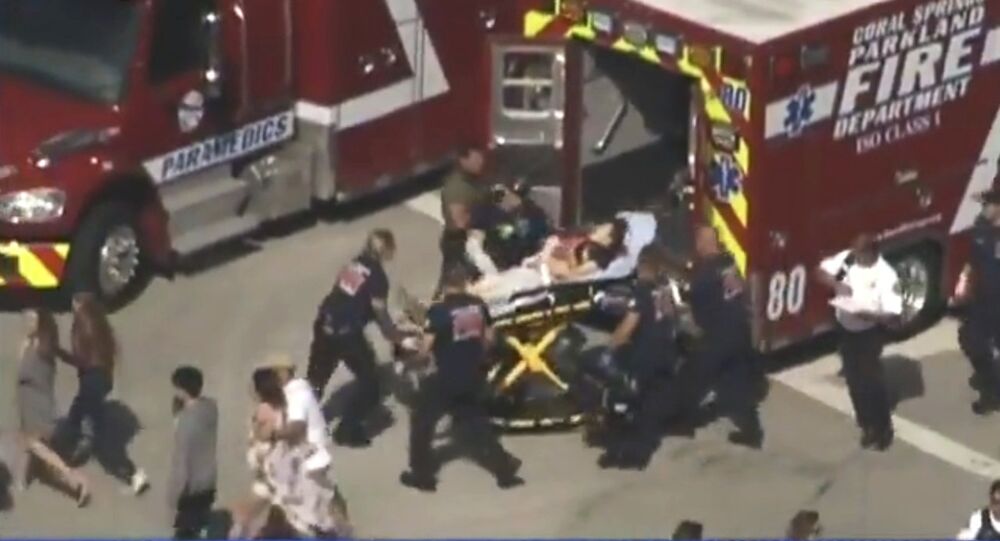 WASHINGTON (Sputnik) - On Wednesday, shooting erupted at Marjory Stoneman Douglas High School in Parkland, located in the southern part of Florida. The 19-year-old former student opened fire with a semiautomatic rifle and as a result of his rampage at least 17 people were confirmed dead by authorities.

US Bureau of Alcohol, Tobacco, Firearms and Explosives Special Agent in Charge Peter Forcelli said during a press conference on Thursday that Nikolas Cruz legally purchased the assault rifle in Florida he used in the school shooting.

"The firearm that was utilized in this event was purchased lawfully here in the state of Florida just short of a year ago by the individual who’s charged with this crime," Forcelli said.

© AP Photo / AP Photo/Wilfredo Lee
Nikolas Cruz Confesses to Florida School Shooting, Hid Ammunition in Backpack
Broward County Sheriff Scott Israel said during the press conference that Cruz had arrived at the school on an Uber. After the shooting he fled the school by mixing in with other students fleeing the campus, he added.

Cruz then walked to a nearby Walmart store and bought a drink at the Subway restaurant in the store, Israel said. Cruz then continued on foot to a nearby McDonalds and sat there for a short period of time before leaving on foot again, which is when he was apprehended by a police officer, Israel said.

The Uber driver is not considered an accomplice in the case and authorities are not seeking another suspect in connection to the event, Israel said.

The Federal Bureau of Investigation, the Broward Sheriff’s Office, and investigators from other agencies have conducted more than 2,000 interviews, he added.