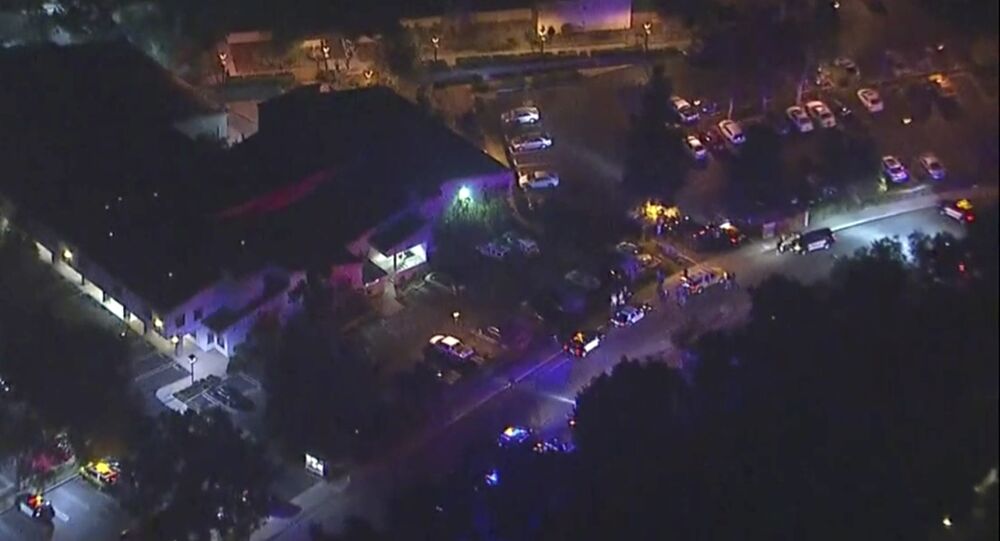 Local media previously reported that a man opened fire with a semi-automatic gun at the Borderline Bar & Grill in Thousand Oaks, a suburb of Los Angeles, California. Eyewitnesses indicate that between 11 and 20 people were injured in the shooting spree.

According to police reports on the incident, around 30 shots were fired. At least four ambulances arrived on the scene to treat victims, according to the Ventura County Star.

Local media report that the police were called around 11:15 p.m. about the shooting at the Borderline Bar & Grill.

Eyewitnesses report that the gunman was throwing smoke grenades. Authorities urged the public to stay away from area.

Thousand Oaks was recently ranked one of the three safest cities in the US, according to Business Insider.

Three People Including Gunman Killed, 5 Others Wounded in Shooting in Florida