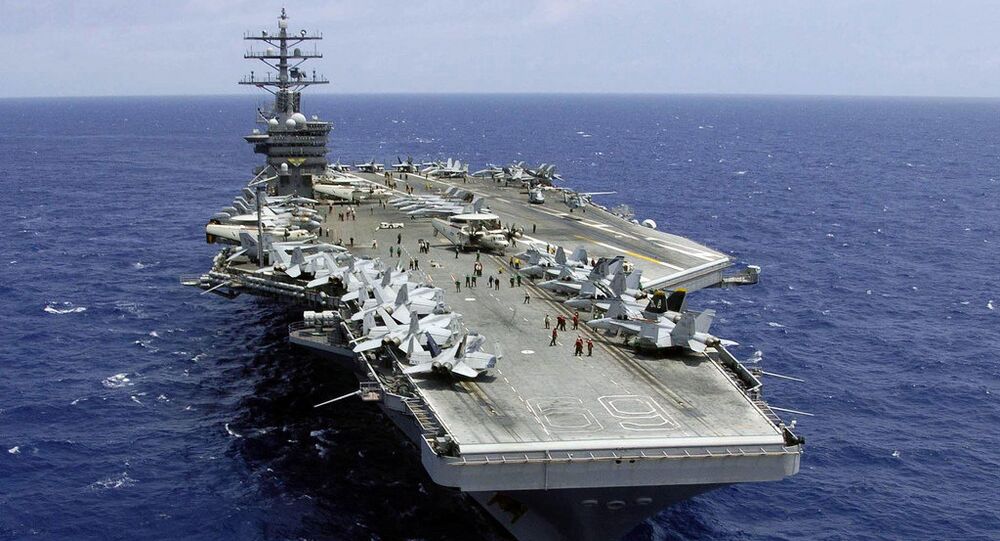 The US naval aircraft carrier USS Dwight D. Eisenhower is grappling with an E. Coli outbreak, a notorious bacteria that ravages people’s stomachs.

An investigation has been opened into the cause of the contamination, and the Ike has been shuttered down to its bare bones. All but essential personnel have left.

Since portable water for drinking fountains, restroom sinks and dining facilities has been cut off, water coolers are being installed on the ship and at the pier at the Naval Shipyard in Portsmouth, Virginia, Davis said.

Buildings near the dock were also tested for E. Coli but came back negative. Meanwhile, additional water samples were taken at the pier, the results of which are expected Friday.

The additional tests may be because the Ike isn't supplying its own water like it would while at sea. "When they're in port, they're on shore services, and one of those services is water," Davis said.

The carrier travelled up river from the Naval Station Norfolk to the shipyard in August for what was supposed to be a six-month upgrade to its mechanical and electrical systems, but it isn't clear why it has been delayed.

It's also unknown whether any crewmen have fallen ill from the bacteria.

Billionaire Discovers Ruined US Aircraft Carrier from WWII Near Australia