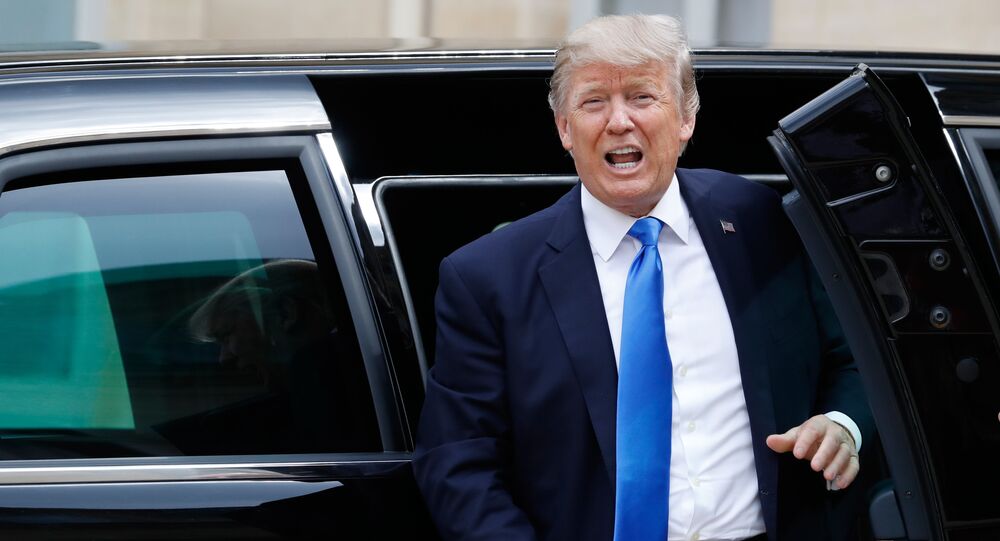 Trump: Ties With Russia Have Never Been Worse Due to Years of 'US Foolishness'

Just a few hours before the start of the summit with Russian President Vladimir Putin, the US president harshly criticized Washington's policy toward Moscow and the "Russia probe" against him as damaging bilateral relations.

US President Donald Trump slammed the actions of his predecessor, saying on his Twitter that Barack Obama didn't properly address reports of the alleged "Russian meddling" in the 2016 Presidential elections, adding that the issue was politically motivated from the very beginning.

President Obama thought that Crooked Hillary was going to win the election, so when he was informed by the FBI about Russian Meddling, he said it couldn’t happen, was no big deal, & did NOTHING about it. When I won it became a big deal and the Rigged Witch Hunt headed by Strzok!

Our relationship with Russia has NEVER been worse thanks to many years of U.S. foolishness and stupidity and now, the Rigged Witch Hunt!

Last week the Office of Special Counsel Robert Mueller charged 12 Russian citizens, who allegedly worked for the Russian intelligence service, with involvement in the 2016 presidential elections. They were accused of hacking the Democratic National Committee (DNC) and the then-Democratic presidential candidate Hillary Clinton's campaign.

Addressing the statement, Trump told reporters that he may ask his Russian counterpart to extradite people indicted as part of the probe.

The charges were presented just a few days before the long-awaited Putin-Trump Summit in Helsinki, which is set to start on Monday.

Agenda of the Helsinki Summit

Commenting on the upcoming meeting of the two leaders, Kremlin spokesman Dmitry Peskov told RT broadcaster that the event would allow to ease relations between Russia and the US.

He also noted a strange course of of investigations being conducted in Washington into Russia's alleged involvement in US affairs.

© Sputnik / Grigori Sisoev
Trump Calls FIFA World Cup in Russia One of Best Organized Ever
The tete-a-tete talks between Trump and Putin in Helsinki will be held for three hours on Monday. The leaders to discuss bilateral ties and various issues on the international agenda. The summit will be their first full-fledged meeting since Trump took office in January 2017, as both Presidents previously met only on the sidelines of the international events.
...
Reddit
Google+
Blogger
Pinterest
StumbleUpon
Telegram
WhatsApp
577